Where to find worms for fishing

To find full-time bait for fishing, you need to know about where they prefer to inhabit different types of worms and take into account the peculiarities of their behavior. There are ways to lure earthworms to the surface, which can be used in urban and rural settings. 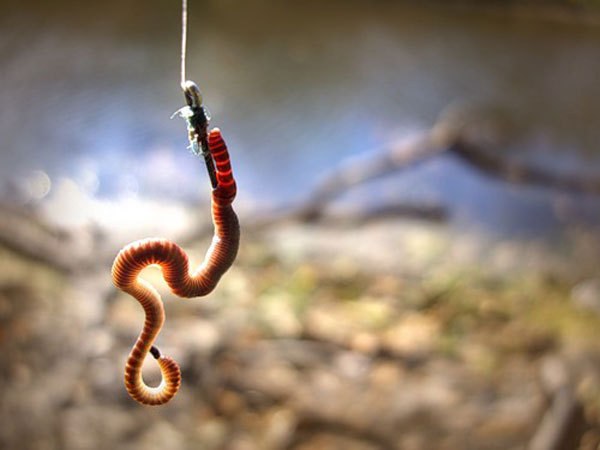 Related articles:
The fishing is not always possible to buy worms in pet stores. Before the weekend, especially on a Friday night, it is often true that all of them are sold out. So it makes sense to pay attention to the methods of self-search of bait. The most suitable for her – earth (rain), manure, water worms, podlistnikov.

Where can I find earthworms?

Among these coelenterates there are two groups: vegetable (white) earth worm and the Nightcrawlers (large earthworm). The latter is particularly good for fishing any kind, including large fish, but finding them is more difficult. The Nightcrawlers are harvested directly on the ground during the warm time of the year. Get it with a shovel is quite difficult due to the deep bedding to burrow in which he lives.

Experienced anglers are familiar with the peculiarities of the behavior of Nightcrawlers, so collect them in the early morning hours on the Park trails, beds, and sidewalks. There is a possibility to lure these individuals to the surface in the evening to fill their habitat with water. The fact that if burrows of worms profusely wet, they will crawl to the surface of the soil. Moreover, in the extraction of this bait has one feature: the tail of the worm always remains in the ground, so to pull on the entire surface of Nightcrawlers, you need to hold it until then, until he tired to resist and not succumb. To find a bait you need to know where the habitat Nightcrawlers.

So much easier to get a regular earthworm. It can be found using a conventional shovel. Before you start digging, be aware of the temperature: the lower it is, the closer the worm to the soil surface. In rainy weather they can be found almost everywhere. In hot and dry you need to give preference to beds, the beds, the places where there are last year's leaves or eat grass.

In the city it is best to dig worms at the fences and parks in a damp basement. On the river or near water earthworm can be found under piles caused by waves of garbage. In the countryside or in the cottages of these individuals in large quantities live near farms or other places of detention of cattle.

Where to find the other members of coelenterates?

Dung worm must be sought in the rotten straw, dung heaps, rotted wood or compost. Water worms live on the banks of the river soil and prefer places where a lot of sludge. The podlistnikov can be found on the underside of water lilies and other surface plants. Worm ironstone prefers clay soil, green – black soil and meadow soil. Bait digging with garden spade.
Is the advice useful?
See also
Подписывайтесь на наш канал