Geographical discoveries of the ages 15-17 are called Great because they had subsequently crucial importance for the development of Europe and the world in General. 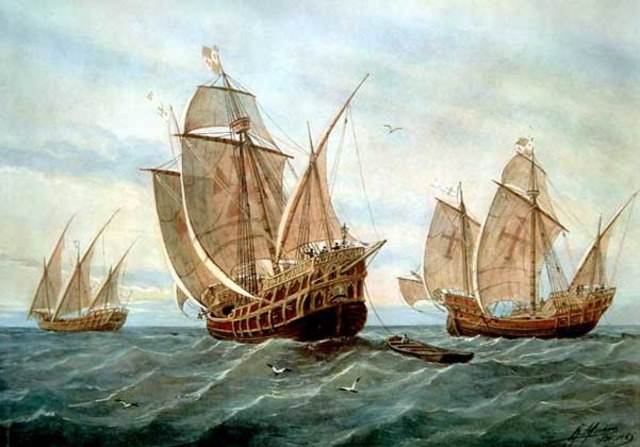 To the 15th century in Europe, the prerequisites to sailors to explore the seas. There were caravels – ships that are designed specifically for the movement of European explorers. Booming techniques: the 15th century perfected the compass and nautical charts. This gave the opportunity to discover and explore new lands.

In 1492-1494 gg Christopher Columbus discovered the Bahamas, Large and Small Antilles. By 1494 he got to America. Around the same time – in 1499-1501 – Amerigo Vespucci sailed to the coast of Brazil. Another famous traveler Vasco da Gama – opens at the turn of 15-16th century.in. continuous sea route from Western Europe to India. This contributed to the development of trade, which in the 15-16 century played a pivotal role in the life of every state. X. Ponce de Leon, F. Cordova, X. Grijalva opened the Gulf of La Plata, the Peninsula of Florida and Yucatan.

The most important event

The most important event in the early 16th century resulted in the circumnavigation of Fernand Magellan. Thus it was possible to confirm the view that the earth has a spherical shape. Later, in honor of Magellan named the Strait, through which passed his way. In the 16th century by Spanish travelers were almost completely discovered and explored South and North America. Later, at the end of the same century, a voyage round the world made Francis Drake.

Do not lag behind European and Russian seafarers. In the 16-17 centuries is rapidly progressing the development of Siberia and the Far East. The names of the discoverers I. Moskvitina E. and Khabarova. Open basins of the rivers Lena and Yenisei. Expedition F. Popov and S. Dezhnev sailed from the Arctic to the Pacific ocean. Thus it was possible to prove that Asia and America never joined.

During the Great geographical discoveries on the map there are many new lands. However, it still remained a "white spot". For example, the Australian land was studied much later. Made in 15-17 centuries of discovery allowed for the development of other Sciences, e.g. botany. The Europeans got the opportunity to meet with new crops – tomatoes, potatoes, which later became used universally. We can say that the Great geographical discoveries marked the beginning of capitalist relations, because it is this trade has become global.
Is the advice useful?
Присоединяйтесь к нам
New advices