James cook is one of the most famous English seafarers. In the XVIII century, this brave traveler failed three times to circumnavigate the globe. Round-the-world trips cook was very successful, in the course of three expeditions, the captain opened in the Pacific a few archipelagos, and many Islands. 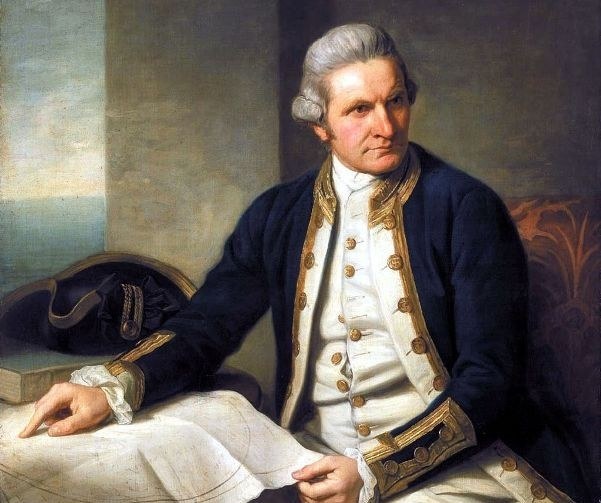 The emergence of captain cook

Future captain cook, famous not only for their travel, but deep mapping studies, was born in 1728 in an impoverished farming family in the North of England. My father was trying to teach a kid to Commerce, but the young man felt a completely different calling: he was attracted to his ships and the sea journey.

As is customary in the Navy, the first ship cook's position was cabin boy. He managed to get on the ship, which was transporting coal along the English coast. The boy seriously, his passion for the sea, he learned the basics of algebra, geometry, astronomy, and navigation. Three years later he became a real sailor, and remarkable abilities of James and allowed him to successfully move up the career ladder.

In 1757 cook brilliantly passed the exam, giving the right to operate the vessel.

In subsequent years, cook with zeal perform the job of naval Department of England, making a detailed description of the channels of the rivers of North America. Already at that time he showed his talent as a cartographer and an excellent Navigator. The work of James cook commanded respect in the English Admiralty, so he was soon requested to go for studies in the Pacific ocean.

The first big expedition of captain cook took place in 1768 and finished in 1771. During this voyage he established that New Zealand is a double island, discovered and mapped the Great barrier Reef and carefully examined a considerable part of the East coast of Australia.

During the second large-scale naval company, held from 1772 to 1775, captain cook went in the Pacific ocean is in its high latitudes, unsuccessfully trying to find the southern continent. James cook was the first of the sailors came into the Amundsen sea, three times crossed the Antarctic circle. Then were discovered and described the South sandwich Islands.

The third expedition (1776-1779 years) joined the Treasury of cook's discoveries. During this period the captain has charted the Hawaiian Islands and produced the final proof that between America and Asia by a Strait.

The objectives of the expedition, supplied by the Admiralty, were fully achieved.

Unfortunately, the third cook expedition ended tragically famous captain. In 1779 in a skirmish with the Hawaiians, he was wounded, was taken by the natives captured and killed. The results of the travels of James cook left a bright trace in the history of geographical discoveries, and its excellent and surprisingly accurate cartographic materials long used in navigation.
Is the advice useful?
Присоединяйтесь к нам
New advices