"Vilprafen" refers to the group of macrolide antibiotics, it has antimicrobial, antibacterial, antiparasitic activity. The active ingredient of the drug – josamycin. Analogues "Vilprafen" on the active substance does not exist, however, in some cases, you can substitute this drug with drugs from the same pharmacological group. 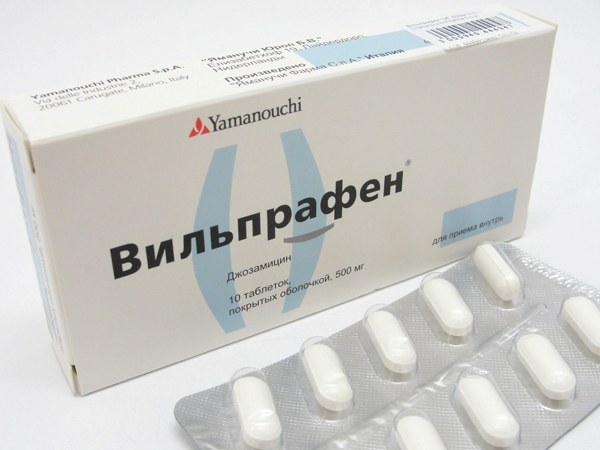 How can I replace "Vilprafen"

"Vilprafen" has different medicinal forms. In the market you can find pills that contains 500 mg of josamycin, a suspension (10 ml contains 300 mg of josamycin) and water-soluble tablets (in one piece contains 1 g of active substance). A suitable form of the drug may recommend doctor or pharmacist. The question, is it possible to replace "Vilprafen another drug from the same pharmacological group should decide doctor. The macrolide antibiotics are Erythromycin," "= = " ("Binocular", "Klobuks", "Clarence", "Claritin", "Klacid", "Promised"), "Azithromycin" ("Aziwok", "Sumamed", "Azilal", "Setrole", "Amazed", "Hemomitsin), "Roxithromycin" ("Brillig", "Ravenel", "Roxid", "Proximity", "Roxithromycin"), "Brox", "Spiramycin (Rovamycin"), "Midecamycin", "Micropin".

The mechanism of action of these drugs is based on inhibition of protein synthesis in the cells of pathogens. Generally, macrolides inhibit the activity of bacteria that exert a bacteriostatic effect), in high doses they can act bactericidal (kill bacteria). These antibiotics exhibit activity in relation to staphylococci, streptococci, pneumococci, hladini, Mycoplasma, Ureaplasma, Legionella, the causative agents of whooping cough, diphtheria. These medications also have immunomodulatory and anti-inflammatory properties. The first macrolide is considered to be "Erythromycin", at present, most pathogens have developed resistance to it. The highest activity against Haemophilus wand shows "Azithromycin", in relation to Ureaplasma, Mycoplasma, chlamydia most active "Larithromycin" and "Vilprafen". "Midecamycin" effective against many pathogens, including intracellular.

Possible side effects of antibiotics-macrolides

Side effects of macrolides depend on the drug and its dose. Patients may appear disorders of the gastrointestinal tract (nausea, vomiting, abdominal pain). When receiving the "Erythromycin" these phenomena are caused by the fact that the substance binds to receptors motilin and enhances motor skills. "Azithromycin and Clarithromycin are transferred better, but they can cause gastrointestinal disorders.

Appears less ototoxic and hepatotoxic effects of macrolide antibiotics. Hepatotoxic effect in the form of cholestatic jaundice often manifests, "Erythromycin". The ototoxic effect (reversible hearing loss) when taking these medications inside observed rarely, but with the introduction of Erythromycin intravenously hearing impairment was detected in 20% of patients. In rare cases, when taking macrolides have an allergic reaction on the skin.
Is the advice useful?
Присоединяйтесь к нам
New advices