How to put German pronunciation

The German speech is one of the most recognizable to the ear. Not last role is played here and the characteristic pronunciation of sounds, often becomes a real stumbling block for those learning German as a foreign language. Learn to speak German almost without an accent, but it will have to spend some time and make some effort . 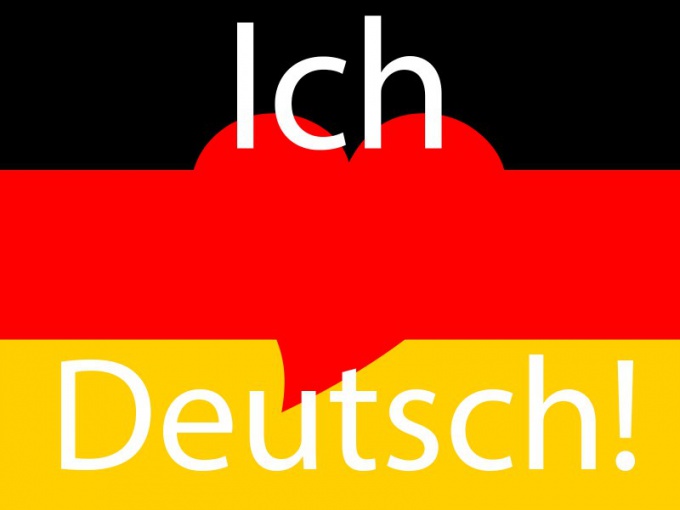 Our misconceptions about the German language

If you began to study the German language and aim to speak on it without clearly audible accent, the first thing you have to understand that the whole of the German speech, you still could hear in the films of domestic production, has very little in common with the real German pronunciation, which is not at all like the rough, staccato barking, as stated in the prevailing in our society stereotype. Moreover, in these films the role of the Germans fulfill our actors saying replica with very great emphasis, and sometimes reprimand so terrible that one can only shake his head. Plus, not last role is played by Russian transcription of German words and names that make them almost unrecognizable. The simplest example is Hamburg, a local resident and don't even understand if you call his favorite city in the Russian way. In fact his name sounds like "Ambush", and the sound of "x" is also pronounced very softly with a barely audible gasp.

Start working on pronunciation from the very first moments of language learning. Suppose that at the beginning you'll need some more time, but later you don't have to re-learn, that is, almost to work on the bugs. The first thing you must remember in the German language there is no concept of soft consonants, they are pronounced firmly, even if the following vowel is soft. Visually it can be represented as follows. If in Russian the syllable "bi" you read as "have-and", in German solid b should flow smoothly in a soft and - "b-and". The exception is the l sound. He only is soft, but only half. That is, trying to pronounce the syllable "La", you should try to find a sound that lies somewhere between the sounds resulting from the pronunciation of Russian words lamp and a shoulder strap. The sound of "x" is also able to be soft, but only if he stands in prosdocimo word the latest.

Features of the pronunciation of sound R

Another stumbling block in the formulation of German speech may be the sound of "R" as an overwhelming percentage of German speakers prefer not growling version, and throat. If you can pronounce "R" basal part of the tongue, not the tip - that's great, if not, then especially should not be upset. The owners of the southern dialect pronounce the sound "R" in the manner similar to ours, so nothing wrong with that pronunciation there.

The melody of the language

But the main recommendation for a correct statement of the speech is every opportunity of communication with those for whom German is their native language. Listen to how they pronounce words, construct phrases, try to feel the original melody of the language and not hesitate to exercise, even if at first will turn out not very good. A great help can become a German song. If you have a well developed musical ear, singing helps you overcome the speech barrier and to master the new way of pronunciation. When a certain degree of perseverance in a year or two you will be able so to master German speech, that you not only will understand in the German-speaking world, but maybe even take over their person, from birth, speaking in German.
Is the advice useful?
Подписывайтесь на наш канал