What to do if you found a treasure

There's probably a man who in the childhood would not read books where the characters sought and found treasures, and have dreamed of on their own to find the coveted chest of gold and jewels. But in the books it was simple, the main thing was to find the treasure, and what happened next, no one was interested in. But what to do if you are lucky enough and children's cherished dream will come true? 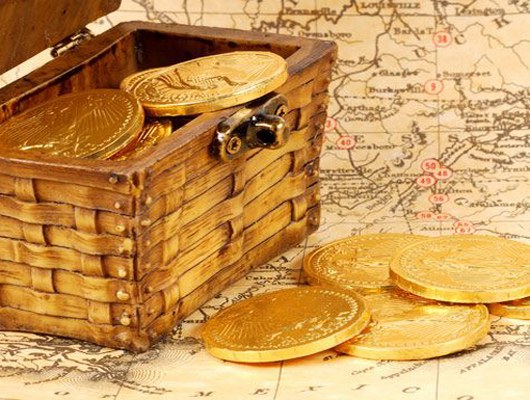 Much depends on the circumstances in which the treasure was found. Article 233 of the Civil Code implies a treasure buried in the ground or hidden in another way of money or other valuable things which the owner is not installed or legitimate circumstances lost the right to them.


Found value in equal shares are divided between those who found them, and those on whose territory they were found, unless they had otherwise agreed. If the treasure was found without the knowledge of the owner of the land or structure where he was, the values should be passed to him. So, if you on the site will find a treasure, it will go into your property completely, without a 25% tax to the state. But, if you found things will be historical and cultural value, they will become the property of the state. However, the finder receives a reward equal to half the value of the treasure. If the treasure hunter was not one, then the reward is divided equally between them. If the treasure was discovered on foreign soil, without the knowledge of its owner, the remuneration will be paid only to him. Historical and cultural value of found items install Museum workers.


All these rules do not apply if the valuable things are discovered by persons in their official duties, not eligible for treasure searches and excavations performed for the detection of the treasure. For example, builders, workers conducting gas and water pipelines.

Those who came up with the idea to find the treasure and get it to your property, do not forget about the impermissibility of the destruction or damage of cultural and historical monuments and constructions in the process of searching or retrieval of the found values. Also, no one has the right to conduct excavations at archaeological and cultural sites. To conduct archaeological investigations necessary to obtain a special permit. Excavations carried out without permission, the so-called "black dig" in accordance with article 243 of the Criminal Code perpetrators are prosecuted. Depending on the severity and circumstances of the offense, the penalty can be a significant fine or imprisonment for a term not exceeding five years.


Proceeds from the finding of the treasure received by the property finder, are subject to taxation on incomes of physical persons. If the treasure is given in the property to the state, in this case, finders ' fee, which is tax exempt in accordance with paragraph 23 of article 217 of the Tax code of the Russian Federation.
Is the advice useful?
See also
Подписывайтесь на наш канал