As the rays generate electricity

In the seas and oceans there are creatures that possess an amazing and amazing ability to produce electricity. One such creature is the Stingray. 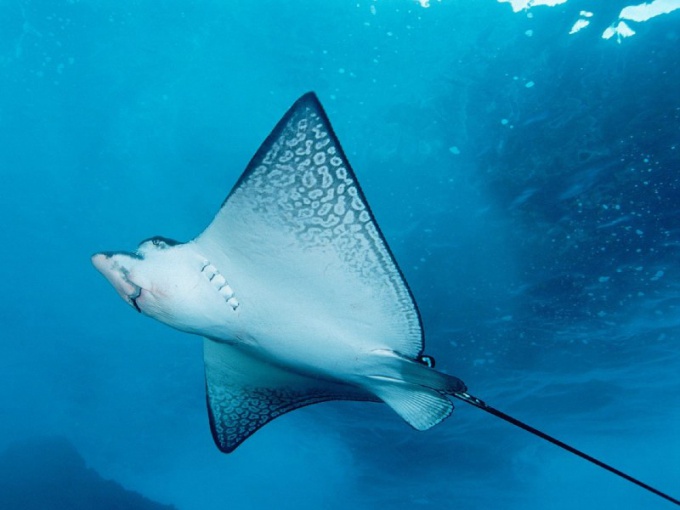 As the rays generate electricity?

All thanks to a special electric organs inside these creatures. They originated as freshwater and marine fish. It is known that the same authorities had some of their fossil ancestors. Modern aquatic science has more than 300 different species of fish with electric organs. These organs are modified muscles. Those or other "electrolab", they differ in their location. For example, the slopes they represent reniform education.

Speaking in plain language, the electric organs of rays – a kind of mini-generators that produce quite a decent charge current. This charge will be enough to immobilize not only the fish, but man! There are experts who claim that stingrays can at one time to produce a voltage of 300 volts. Electric organs are located in the dorsal and ventral parts of the body that "electrorama". They can be compared to the galvanic or electric battery.

Each of these bodies consists of numerous electric plates, collected in the columns. This mutated nerve, muscle and glandular cells. Between their membranes and the generated potential difference. Electric organs are innervated by special branches of the glossopharyngeal, facial and vagus nerves, which, in turn, approach the electronegative side of the above-mentioned records.

In some cases, the rays generate electricity?

These creatures use their unique electrogene properties in two cases: if they are threatened by any danger, or during hunting (seeking prey). It is curious that the rays do not suffer from that they produced an electric discharge. This is due to a special "isolation", which was awarded to their mother nature. By the way, electrogene properties are not only stingrays, but also some other types, not related to the family of electric organs: these creatures are located only on the tail.

Those fishermen who had the temerity to yourself to feel the full force of the impact of this "Electrolube have remained extremely dissatisfied. According to them, the electric shock from the electric ray accompanied by a prolonged drowsiness, trembling legs, loss of sensation, numbness of the upper extremities.

It is curious that such an amazing electrogene property of these creatures were successfully used in Ancient Greece. The Greeks used these wonderful fish for analgesia during any surgery, or childbirth.
Is the advice useful?
See also
Подписывайтесь на наш канал