Why the ostrich hides its head in the sand

The ostrich is the largest bird in the world. It lives mostly in hot countries. Around this animal go to some strange rumors and myths. For example, it is believed that ostriches when they see danger, bury their heads in the sand. This was already stacked whole legend, invented anecdotes, drawn various cartoons and etc. But few know that all this is nonsense of a gray Mare! 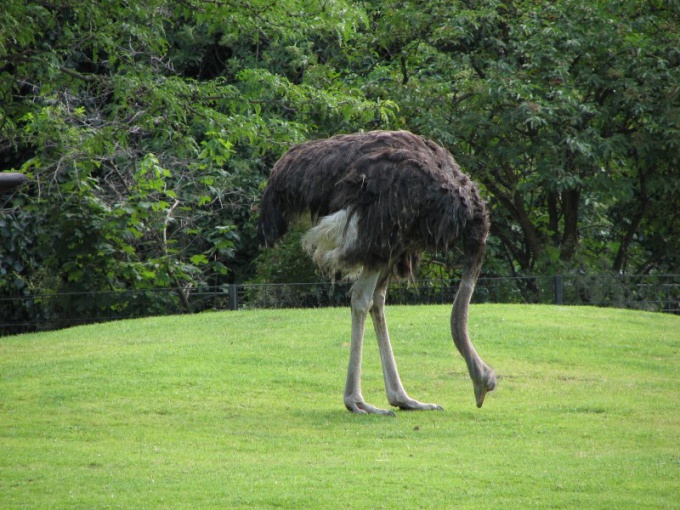 Why the ostrich hides its head in the sand? 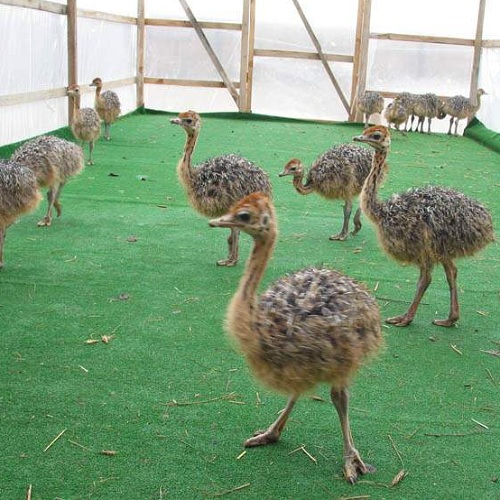 This question can hardly find objective and correct from a scientific point of view, the answer. Actually, according to legend, he does it solely for the sake of their safety. When an ostrich is scared, his head buried in the sand apparently helps the bird to cope with the danger. Actually it's a common joke. Anywhere ostriches with their head not hide, and that's a fact! 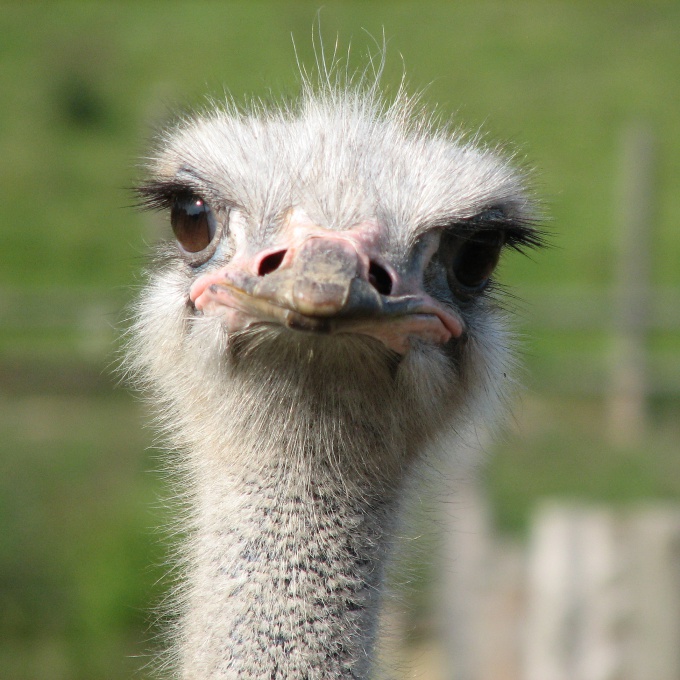 Moreover, this is a very smart bird, accustomed to flee from danger, like all sensible animals, running away from her. Surprisingly, these birds are able to run a long distance at a speed exceeding 75 km/h, but if they are threatened by a very serious danger, ostriches give a runner up to 97 km/h! 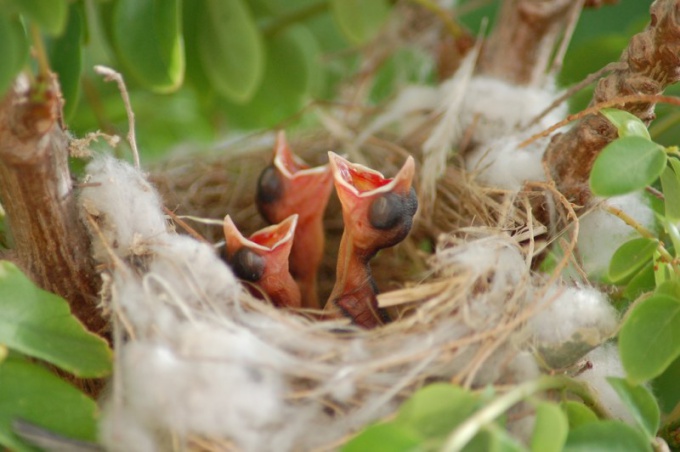 Why do people think that ostriches bury their heads in the sand?

Version of the first. This myth originates from the time of Ancient Rome. It was then that the conquerors were conquered foreign lands and brought home various is true or not stories about the new lands discovered there new animals etc Ostriches – fans of flat spaces. Their food on the plains is a herb, which need to constantly bend over. Here's the crux of the matter: when some stranger saw an ostrich for a long time, keeps his head in the grass, it seemed to him that the bird buried it in the sand! Word is spreading fast.

The second version. There is another version of the origin of the myth about the ostrich burying his head in the sand. The fact that this bird quite often leans to the sand to eat. This is necessary in order to make the stomach fell the stones, promoting more rapid digestion. Visually this procedure is again reminiscent of an ostrich buried in the sand head. Incidentally, in the stomach of an adult bird can be up to 2 kg of stones!

Version of the third. The next version misleads even the skeptics. Often observers can see ostriches and ride on the hot sand with lowered head. Layman, this picture is, of course, will lead to a dead end, but the specialist will immediately guess what it is. But the fact that ostriches love to ride on the hot sand, dropping him on his head. So they get rid of various parasites that live in their feathers and on the skin.

Version fourth. The owls, indeed, are very shy birds. Perhaps the legend that they buried their heads in the sand when danger arose because of their unusual and kind of hide and seek. Moreover, these beings are often tilted his head to the ground, so a good listen, do not threaten them of any danger.

It should be noted that it is thanks to this fiction came the expression "to bury your head in the sand" which means the fear of some cases, avoidance of certain decisions. That's just that ostriches do not!
Is the advice useful?
Присоединяйтесь к нам
New advices