"God forbid I go crazy..." - so wrote the great poet. Unfortunately, no one is immune from age-related deterioration of brain function. Senile – it's not crazy in its pure form, but is afraid of the patient's relatives no less. How to recognize insanity at an early stage? 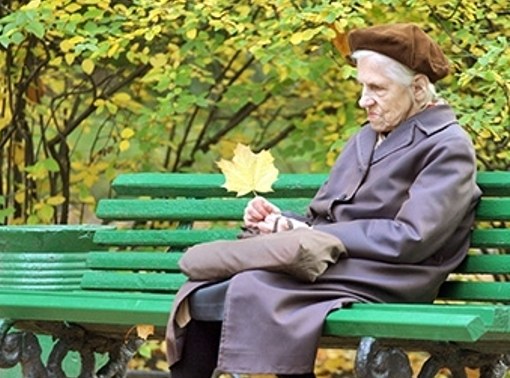 Related articles:
Sadly, the body of any, even the most healthy and vigorous man with years of wear. This is reflected in the diseases of bones and joints, and in the occurrence of dysfunctions of internal organs, and that is especially horrible, in the death of brain cells.

The symptoms that the person is going senile

In fact, not every person with age, loses clarity of mind. Known and honored workers of research institutes at the age of 80, and teachers the most difficult disciplines in Universities that have long been retired. However, senility is not such a rare disease, and the signs that he is not far off, is to talk separately.

It happens that elderly people gradually become grumpy, irritable, untidy in dress and forgetful. Often family and friends treat this as the inevitable deterioration of nature, which is due to natural age-related changes of the body. Considering this behavior as a kind of standards, they waste valuable time and go to the doctor only when deviations in the behavior of the elderly relative becomes impossible to tolerate.

It should be understood that senile, he's dementia is a mental illness, and to put such a diagnosis can only by a qualified psychiatrist. If you suspect that someone of your relatives starts to age the disintegration of personality, then by all means organize face-to-face consultation with a health care practitioner.

The most striking symptom of the beginning of dementia is carelessness and untidiness of the elderly person. In addition, any difficulties with performing usual daily activities, e.g. shopping or cleaning. At this stage, the person is still able to take care of themselves, but he wants someone from the family reminded.

Another symptom of the initial stage of senility is a deterioration of human memory along with a violation of the idea of time. Moreover, in unfamiliar places, a person can lose orientation.

Finally, one of the first "bells", which may indicate the beginning of insanity, says the reluctance of a person to communicate with others. Especially strange this craving for solitude is perceived by relatives of those elderly people who have always been extroverts.

If there are two or more signs which may indicate early dementia, it is better to consult a doctor to not run possible disease.
Is the advice useful?
Присоединяйтесь к нам
New advices