Why in the airplane ears

One of the disadvantages often faced by the passengers of the aircraft is blocked ears. Knowing the causes of this, you can help yourself to quickly return to a comfortable state. 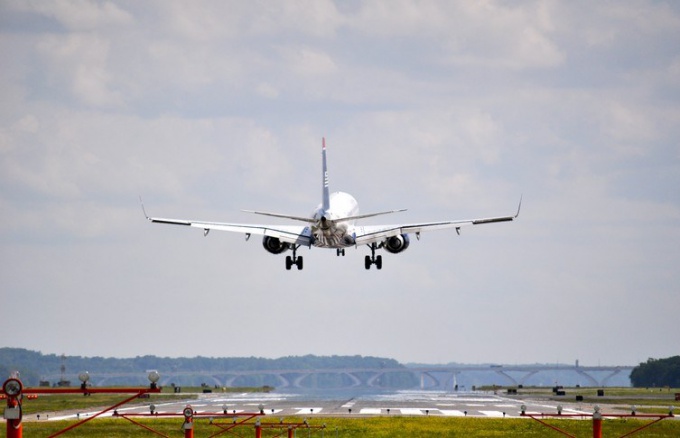 Congestion in the ears in flight is due to the pressure difference in the human body and the external environment. The normal pressure of the air in the tympanic cavity of the ear should be similar to atmospheric. When it is different, at the eardrum under pressure, what seems like congestion in the ear.

The pressure difference occurring when the aircraft climbs and rapidly enters the area of lower pressure, thus the body does not immediately adapt. A similar effect is observed during the high-speed Elevator. If to yawn, make chewing or swallowing movement in the auditory (Eustachian) tube temporarily opens the inner hole, from the ear leaves the air with higher pressure and the air enters from the lower. The result disappears, and stuffy. If you are flying with young children, you can give them a bottle during takeoff and landing.

It happens that the flight attendants handed out candy to passengers when the aircraft taking off and landing. When yawning and swallowing does not help, try to purge the ear. Pinch the nose with your fingers, close your mouth and try to breathe through a pinched nose. When in the larynx will create excess pressure, the air will knock the tube out of the ear if it is.

If you have acute problem of congestion in the ears, try not to sleep during takeoff and landing. If long flights, see the flight attendant asking you to Wake you up before landing. There are also special ear plugs that you can put in your ears if necessary. They neutralize the effect of sudden changes in pressure on the eardrum.

This problem can occur if the lumen of the auditory tube is narrowed. This can happen due to colds, the inflammatory process in the ear, when the passage of air difficult. Also reduce ventilation of the middle ear can lead to swelling of the nasal mucosa. So if you have a cold, you have a stuffy nose, if possible, delay your flight until recovery. If flying is unavoidable, take nose drops with vasoconstrictor effect. This will reduce the swelling and ensure the normal lumen of the auditory tube. If you have a cold occurred due to allergies, take your antihistamine.

As a rule, stuffy ears during the flight is temporary and passes quickly. But there are complications, if a person has a bad cold or the flu. Sudden changes in pressure blocked nose can cause otitis media. In extreme cases, there may be hemorrhage in the tympanic cavity or rupture of the eardrum. If for a long time after the flight, you still have discomfort or pain in the ear, consult a doctor Laura.
Is the advice useful?
See also
Подписывайтесь на наш канал