How to understand that a burst ovarian cyst

An ovarian cyst is a pathological formation with the liquid contents, the development of which contribute to a variety of factors. Identifying this diagnosis is a serious cause for concern, as one of its complications can be rupture of the ovarian cyst. 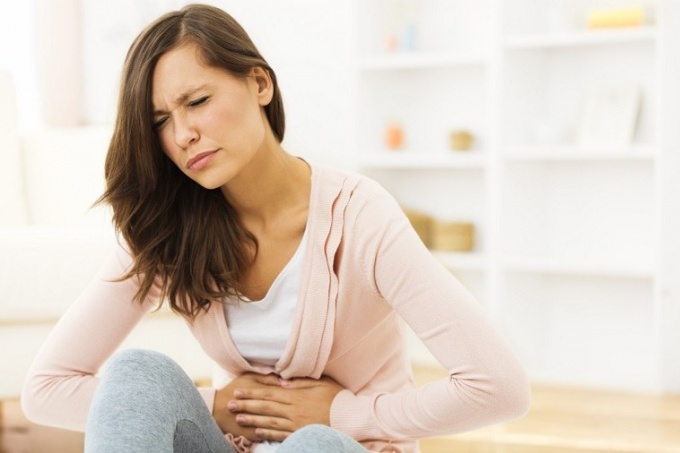 What are the causes of ruptured ovarian cyst

Many women think that the development of this disease is failure to comply with the rules of intimate hygiene, and promiscuous. However, from this no one is immune! As a rule, rupture of ovarian cysts contribute to the thinning of the walls of the follicle after suffering inflammation of the uterus, a hormonal imbalance in the body, disorders of blood coagulation, excessive physical activity and active sexual contact. In most cases the break occurs in the middle of the menstrual cycle, during ovulation.

Violation of the integrity of the cyst is not in all cases. The so-called functional cystic masses that usually appear and disappear without showing any signs. Only with the rapid development of the process there is a risk of overflow of the contents of the cyst and subsequent rupture.

How to recognize pathology

There are a number of typical symptoms of rupture of ovarian cysts, the appearance of which the woman may suspect this diagnosis. First of all, it is a sharp ongoing pain in the lower abdomen, which is accompanied by irregular bowel movement, bloating, General malaise and severe weakness. This can appear vaginal discharge – bloody or unusual consistency. When leakage of cyst contents into the abdominal cavity, there are signs of intoxication, including nausea and vomiting. As a rule, in this case, the temperature rises, which fails to reduce antipyretic agents. In severe cases, there is a sharp decrease in blood pressure and loss of consciousness.

Not worth the risk!

To prevent rupture of ovarian cyst it is very important to regularly visit the gynecologist and to comply with all its recommendations.

Self-diagnosis and self-treatment of a ruptured ovarian cyst can aggravate the condition of women and lead to irreversible consequences. This pathology can result in internal bleeding and rupture of the cyst contents into the abdominal cavity, which can lead to the development of the inflammatory process (peritonitis). These adverse consequences are a real threat not only health, but also the lives of women.