Which graphics card manufacturer is better

Choosing a good video card manufacturer is very important because the video card determines the reliability of the whole system. This is especially true for gaming where the graphics card is the most expensive part of the system. 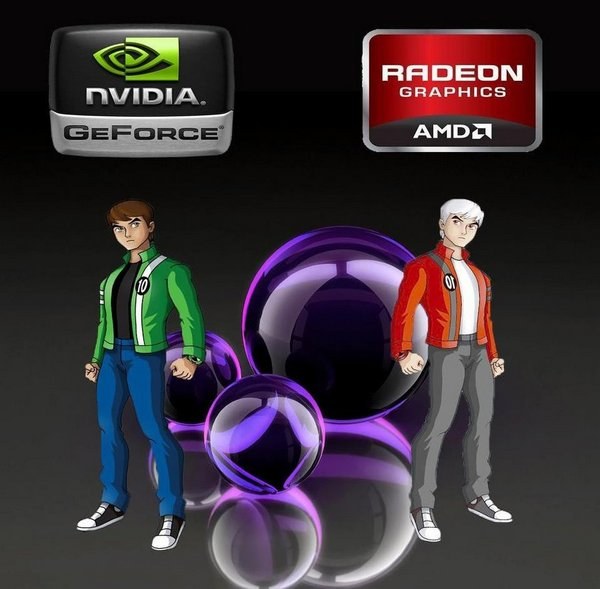 Related articles:
Before choosing a manufacturer of graphics cards, it should be noted one interesting fact is Nvidia and AMD are not the manufacturers of video cards, as many think. They develop and produce graphics processors for graphics cards branded AMD Radeon and Nvidia Ge Force.

The two companies have virtually cornered the market, and all manufacturers of graphics cards use their chips in their devices. And since 80% of the functionality you have on the GPU is to start is to consider what technologies offer AMD and Nvidia.

Technology from AMD and Nvidia

AMD and Nvidia try to catch up to each other and are constantly offering new developments improve and enhance the performance of graphics cards.

Nvidia SLI technology allows you to combine cards that are installed in slots PCI-express on the motherboard, into one system, which significantly increases the performance of your computer. Firm AMD offers a similar feature called Cross Fire, not inferior technology from Nvidia.

Nvidia 3D Vision Surround allows you to connect to a video card 3 Full HD screen for a more immersive 3D environment. Technology AMD Eyefinity is more advanced in this respect and allows you to connect a video card up to 6 monitors. And now there is a special system that allows to connect 24 monitor in one stand. However, if viewed from the perspective of a real user, then even a 3-monitor system - a rarity, because you need to build a powerful system unit, and to spend money on 3 monitors.

Nvidia CUDA is a hardware and software architecture, allowing to use GPU for calculations, aiding the CPU, which significantly increases the performance of the system. And although AMD has a similar technology Fire Stream, but for some reason, the CUDA technology has become more widespread.

Cross-platform PhysX technology from Nvidia designed for simulation of physical phenomena. PhysX SDK deals with image processing of solids, liquids and tissues. If the graphics card does not support this feature, these tasks are transferred to the CPU. PhysX is an open standard, but because of the competition between Nvidia CUDA and AMD Fire Stream, AMD with 2009 uses the Havok Physics engine.

The choice of the manufacturer of the GPU and graphics card

Since all video card manufacturers are working on patents from AMD and Nvidia, the manufacturer does not matter. To choose between AMD and Nvidia is quite difficult, because their products are almost identical in parameters and functionality. In the whole range of Nvidia Ge Force more expensive than the AMD Radeon, but a little faster. Therefore, users often choose between AMD Radeon and Nvidia Ge Force more based on their personal preferences.

The main manufacturers of video cards currently are:

All of them produce pretty high quality products. Notable Asus with graphics cards with chips AMD Radeon, and the company Gigabyte with graphics cards on chips Nvidia Ge Force. These companies offer a large selection of graphics cards in a wide price range and a factory warranty of 30 months.
Is the advice useful?
See also
Присоединяйтесь к нам
New advices