If your child is sick with the flu or SARS and is not for any reason immediately to a doctor, in this case, you can start treatment on their own, to avoid the lost time and the disease is not moved into a more severe form. If folk remedies do not help, the child needs to give the antiviral drug. Best of all is that it was designed specifically for children. 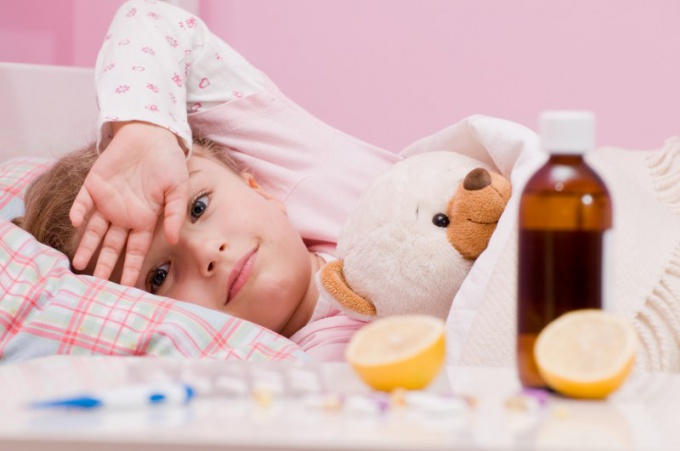 Antiviral drugs that you cannot give children

The seller is often at the pharmacy can recommend (out of ignorance or by mistake) the drug is for adults who do not fit the child. These drugs have various contraindications and can cause the child adverse events. Thus, they are able to not only bring relief but also to harm the child's body. Therefore, it is best to consult with your district pediatrician.

Remember, children are absolutely contraindicated with the following medications:

What antiviral drugs can give a child

For severe course of influenza will be most effective drugs of two groups: blocker of M-channels (e.g., Rimantadine, Amantadine and inhibitors of neuraminidase ("Tamiflu", "relenza").

Bronchitis in infants is recommended to use the inhaled "Ribavirin". For children with heart problems and a weakened body, use "Synagis".

The most effective drugs for the treatment of influenza in children are the following drugs:
- "Relenza";
- "Tamiflu" (approved for children 1 year and older);
- "Arbidol" (permitted to take children older than 3 years);
pills from SARS and influenza, "Kagocel" (you can take children from 3 years);
"Remantadin", which helps to cope with the flu at a very early stage, but it is not effective for SARS and cannot be given to children under 7 years;
- "Interferon", which is used to prepare the solution (can be used at any age);
"Interferon alpha 2B" or "interferon" (candles are used rectally, can be used at any age);
antiviral homeopathic medicine "Oscillococcinum", "Aflubin", "Anaferon" really safe, but their effectiveness is questioned by doctors.

In addition, as a non-steroidal antipyretics use "Nimesulide", "Nurofen", "Ibuprofen", "Paracetamol". Among doctors there are many negative reviews about some of these drugs. Some doctors do not suggest their give children, and some only such medicines and prescribed. For example, to reduce fever in children used "Aspirin", and now his many doctors highly recommend because it has many side effects and is unsafe for the child.
Is the advice useful?
Подписывайтесь на наш канал