What will happen for the carrying of bladed weapons

For the possession of knives currently have no liability. The act as a separate crime was removed from the Criminal code in 2003. 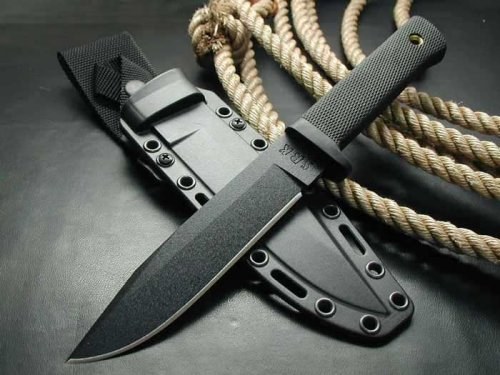 Note that previously illegal possession of bladed weapons is punishable under criminal law, but the relevant provision was excluded from the criminal code in 2003.

Carrying of bladed weapons with the current state of the criminal and administrative legislation is not considered an illegal act. In other words, the owner of such weapons in the absence of any other violations not in danger.

Criminal liability against bladed weapons set only for actions associated with their illegal sale, manufacture. The possession of knives does not constitute a crime, because no liability in the current edition of the criminal code of Russian Federation it is not provided for.

Are there administrative liability for possession of knives?

In addition, for prosecution at a specified normal will be required to prove the fact of infringement of rules of storage of a cold weapon, which in this case does not appear.

With the exception of any acts of criminal law is usually a new administrative offense. But in regard to the carrying of bladed weapons such composition is also absent. The only rule, the provisions of which in any way can be attributed to such actions is article 20.8, which provides for administrative responsibility for violations of rules of storage of knives.

However, the carrying and possession are different actions, so the question on the possibility of involvement under this provision, upon detection of the facts of the carrying of bladed weapons is controversial.

What is the maximum punishment for carrying knives?

If we allow for the possibility of sentencing for possession of knives under article 20.8 of the administrative code of the Russian Federation, the greatest possible measure of responsibility for the ordinary citizen will be the imposition of a fine in the amount of 500-2000 rubles.

In addition, the decision of any officer or authority of attracting to the responsibility for the carrying of bladed weapons can be successfully appealed because the direct responsibility for such acts the norm does not provide. In the light of its wording, in legal proceedings, the authorized body will face serious problems in proving the facts of infringement of rules of storage of a cold weapon, because only in it can be punished.

Other types of responsibility for the possession of knives current legislation does not provide.
Is the advice useful?
See also
Подписывайтесь на наш канал