How much is solar panel

The system of solar cells that convert solar energy into current consists of charge controller, battery, inverter and the battery. The cost of such complexes depends on the technical characteristics and configuration. Before you buy solar panels, you need to do certain calculations. 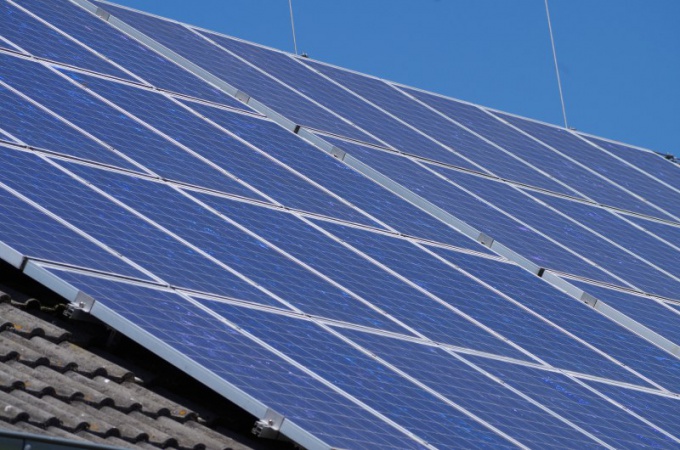 How much is a solar panel?

Various businesses sell ready-made system, and a separate panel or solar panels. System and the presence of a battery absorbs sunlight during the bright part of the day, nourishes and operating electrical devices and stores the excess in batteries. There are ready-made system without batteries, they are connected directly to power supply networks, where transmit excess solar energy. Such systems are common in the US and Europe, but in Russia they are just beginning to enter the market face a number of challenges. For example, still have not developed the mechanisms of excess energy and obtaining compensation for them.


You need to understand that the price is already equipped with the system is lower than on a separate battery. On the market you can find solar panels Finnish, American, German and Russian manufacturers. Currently, there are more panels in Korean and Chinese production.

How many panels you need?

It is worth considering that does save on solar panels is not desirable. Suspiciously cheap models can be of poor quality and their lifetime can be quite short. On average solar panels pay back in between two to five years, all depends on the type of the panel, the type of terrain and manufacturer. Prices on solar panels initially frightened, but after a payback calculation, the picture becomes quite different.


To calculate the required power of solar panels for a specific home, you need to experiment to determine the average daily energy consumption of all electric equipment. This can be done by multiplying the power consumption of each of the devices for the time during which it is used. The results of such calculations for all devices it is necessary to summarize. Along the way you can measure the electricity readings for the week to roughly check the result obtained.

Next you need to determine the rated power of the solar panel system and its effectiveness in specific seasons and time intervals. You can find this information in the documentation provided with the specific models the solar panels. The coefficient of insolation (insolation) can be found in special directories. Based on these data, it is possible to calculate a house number and capacity of solar panels.
Is the advice useful?
See also
Подписывайтесь на наш канал