Is it true that the universe is infinite

When you look at the night sky it is difficult to imagine how huge and vast spaces hidden behind shimmering stars. Since ancient times people asked themselves the question: is the universe infinite or has limits? To give a final and definite answer can, apparently, only scientists of the future. 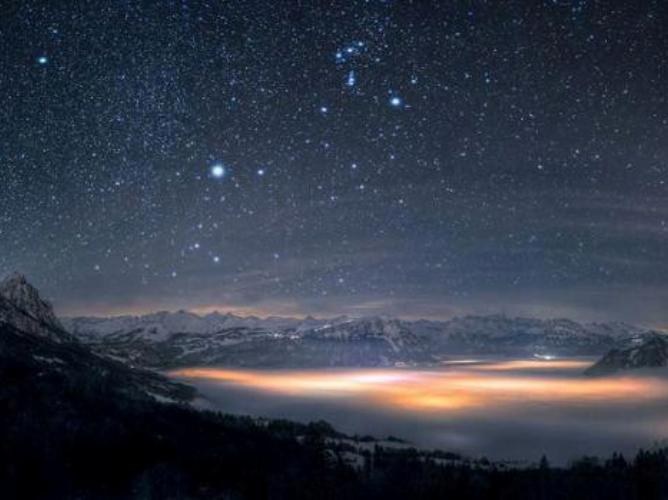 The infinity of the Universe as a scientific problem

In everyday life the person often has to deal with finite quantities. Therefore, to visualize the unlimited infinity can be very difficult. This concept is shrouded in an aura of mystery and strangeness, which is mixed a reverence for the Universe, whose borders are nearly impossible to determine.

The spatial infinity of the world belongs to the most complex and controversial scientific issues. Ancient philosophers and astronomers have tried to resolve this question through the most basic logical constructions. It was enough to assume that it is possible to achieve the intended edge of the Universe. But if at this moment pull the arm, the border is extended to some distance. This operation can be repeated countless times, which proves the infinity of the Universe.

The infinity of the Universe is hard to imagine, but no less difficult to imagine how might look like a limited world. Even those who are not much advanced in the study of cosmology, in this case a natural question arises: what is outside the Universe? However, such reasoning is based on common sense and everyday experience cannot serve as a sound basis for rigorous scientific conclusions.

Modern ideas about the infinity of the Universe

Modern scientists exploring the multiple cosmological paradoxes, came to the conclusion that the existence of the finite Universe is in principle contrary to the laws of physics. The world outside of planet Earth, apparently, has no boundaries, neither in space nor in time. In this sense, the infinity implies that no amount of prisoner of matter in the Universe, nor its geometrical dimensions it is impossible to Express even the largest number ("evolution of the Universe", I. D. Novikov, 1983).

Even if we take into account the hypothesis that the universe is about 14 billion years ago was formed as a result of the so-called Big Bang, it could only mean that in those extremely remote times, the world went through another stage of the natural transformation. In General, the infinite universe never appeared in the initial push or the unexplained development of some intangible object. The assumption of an infinite Universe, puts an end to the hypothesis of Divine creation of the world.

In 2014, U.S. astronomers have released the results of the most recent studies, which confirm the hypothesis about the existence of an infinite and flat Universe. With high precision, the scientists measured the distance between galaxies is located at a distance of several billion light years from each other. It turned out that these colossal cosmic star clusters are located on circles with constant radius. Researchers constructed a cosmological model indirectly proves that the universe is infinite both in space and in time.
Is the advice useful?
Подписывайтесь на наш канал