The tympanic membrane is the membranous formation on the border between the middle and outer ear. It plays a major role in the transmission of sound pressure, protects the middle ear against ingress of microorganisms and foreign bodies. In some cases, a person can feel that clicking the eardrum. 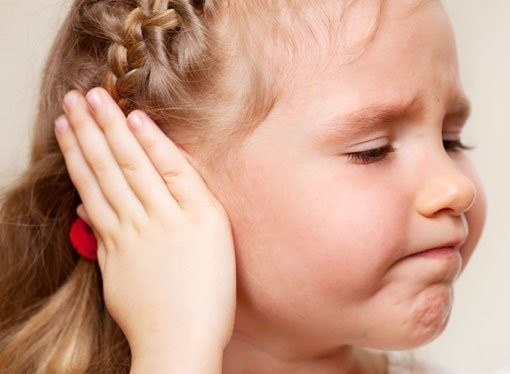 Causes of clicking in the ear

Clicks of the tympanic membrane are explained by doctors-otolaryngologists as noise, just sharp. If these phenomena are rare and not very concerned, don't worry about it. Sometimes the cause of the clicking in the ear is spazmirovannah contraction of the muscles that are attached to the auditory tube. They push out the air, which is perceived as a click. The eardrum can click when spasm of the pharynx. Attached to the Eustachian tube muscles of the pharynx tend to decline sharply, so swallowing saliva people hear the rhythmic clicks.

In some cases, these muscles contract spontaneously, if this condition persists, you should contact the otolaryngologist. Pathological changes in the eardrum often are the result of disease, damage and inflammation. If in addition to clicks in the ear starts to buzz, squeak is heard, most likely it is the manifestation of otitis media. To verify this, you can pull down the earlobe, if they feel severe pain, you need to consult a doctor.

The symptom is also pain in the ear, clicking of the tympanic membrane, when eating, walking.

Why clicks in the ears during air travel

Clicking in the ears are observed by the people, who travel. The reason for this are sudden changes in pressure. At altitude the air pressure is less. During the ascent and descent of an aircraft in the ears begins to lay, and then in my ears I can hear a click, then a person regains hearing. The cause of this condition is the difference in air pressure on both sides of the eardrum, it can vibrate properly.

For the temporary laying the ears during the flight yawn, take a gulp or chew the cud. These measures will help to equalize pressure in the ears.

As a result of the ascent and descent of airplane ears "get" very sharp and rapid pressure drop. When the air pressure decreases, the air trapped in the middle ear is released. Part of it may go into the Eustachian tube canal that connects the throat with the tympanic cavity. The result eardrum clicks.

By reducing the plane pressure increases, the air in the middle ear shrinks sharply, and then returns to the place people will hear clicks in my ears. If the air will not get into the ear, it can be filled with liquid (e.g., nasal discharge). As a result, a person's ears pop. This condition can last from several hours to several days. If it drags on, the ear drum can get damaged. So the doctors can prevent a person to fly if he has all the time stuffy nose.
Is the advice useful?
See also
Присоединяйтесь к нам
New advices