What is the predicate and the subject

The subject and predicate are the main parts of the sentence, which form the grammatical framework. They carry the main meaning in a sentence and they ask questions to the secondary members. 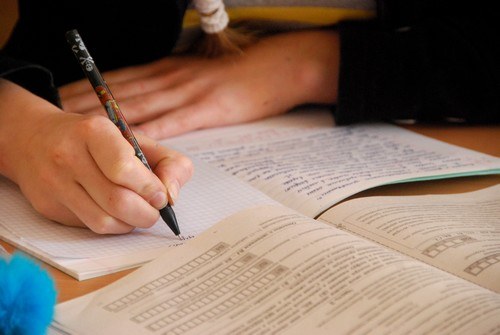 Related articles:
Subject is a syntactic term. They call the main part of the sentence that denotes the subject-the subject referred to in the proposal. The subject usually answers the questions of the nominative case – "who? what?".

In the Russian language subject is often a noun in the nominative case. To highlight it, need to ask the question "who? - what?" but only a couple, because the question "what?" can also possess the accusative case. For example: a Girl rides a Bicycle".

The questions "who? what?" you ask to the word "girl", so this is subject. During parsing, the subject is underlined with a single slash.

In addition to a noun in the nominative case, the subject can also be a pronoun ("He went to the window", "no One has power over time"), numeral ("we were approached By five"), infinitive ("to Break – not to build").

Also, the subject may not separate the word and the entire phrase (the Ministry of defence, agriculture, a huge number).

Strong people, depending on subject, form part of the subject.

The predicate is the second main part of the sentence. It characterizes the subject, often means the action (answers the question "what does?"), less describes its essence, talks about what constitutes the subject. In other words, describes the state of the subject.

"A girl rides a Bicycle" – the predicate "goes".

Compound verbal predicates – those that are composed of the infinitive and ligamentous parts.

The girl was smart – predicate "was smart."


A sentence may contain only the subject or only the verb, in this case, the proposal is a one (if there are both two-part). The offer may be subject to several or more predicates. If they are one and the same sentence, they are called homogeneous.
If only one grammatical basis, it is called simple, and if some – complex.
Is the advice useful?
See also
Подписывайтесь на наш канал