How does Lenin's mausoleum

The mausoleum of Lenin, the leader of the world proletariat, is the second main attraction of Moscow (the Kremlin). It is located on red square, which always attracts tourists wishing to see the embalmed Lenin. However, to get into the mausoleum is not so simple – you need to know and peculiarities of its work. 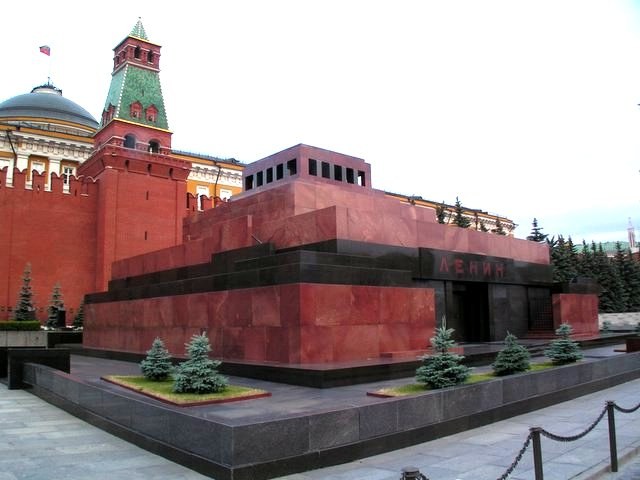 History of the mausoleum

The mausoleum is under the Senate tower at the southern walls of the Kremlin, where it was first built in 1930. The first temporary tomb erected within six days after the death of Lenin on January 27, 1924. Initially, the building was completely made of wood, therefore it is constantly reconstructed tree is burned, then deteriorated from bad weather. The result was assembled by the Council of architects, where it was agreed to change the basis of design.

Lenin's mausoleum many consider a sacred place, and psychics claim that the restless Ghost of the leader is still wandering around Moscow.

In August of the same year a tender for the construction of a new, improved mausoleum, was won by the architect Shchusev, who began the construction of a permanent structure, in which rested the mummy of the leader. Six years later the same architect was commissioned to build a mausoleum for Lenin stone, which the Russians and guests of the capital can observe today. In the room with the leader is always dark and cool to preserve the body you need to constantly follow certain conditions.

The work of the mausoleum

If you decide to visit the mausoleum, one should not look for tickets – the entrance to the attraction is completely free. However, there are cases where the fraudsters were trying to sell tickets near the mausoleum of General tourists. Mausoleum works for long – on Tuesday, Wednesday, Thursday and Saturday it is available only from 10.00 to 13.00 (working hours may change during holidays). Three hours and a large number of those wishing to see the historical personality his eyes make people in a huge queue, which stretches to the red square from the Alexander garden.

To get into the mausoleum only after passing through the checkpoint by Nikolskaya tower, where tourists check a metal detector.

Inside buildings people let groups of up to twenty people, which previously passed all camcorders, cameras and even mobile phones equipped with function of photos and videos. Equipment is placed in the Luggage storage at the Museum of history – however, like backpacks, bags, packages, bottles of liquid and large metal objects. In the mausoleum, men should remove hats, loud talking in the building is also prohibited. Near the body of the leader to be prohibited – people make a semicircle around the sarcophagus with the body of Vladimir Ilyich and leave the room.
Is the advice useful?
See also
Подписывайтесь на наш канал