How to know the iron levels in the blood

As you know, the blood provides a person with vital oxygen and excretes carbon dioxide is the main toxic product of metabolism. The transportation of these gases is carried out with the direct participation of the iron atoms. 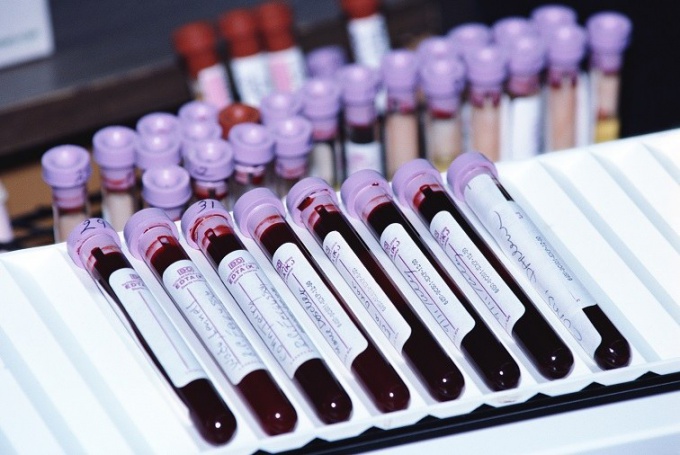 What is the role of iron in the human body

Iron - a unique trace element which is a natural oxidizer. But it does not apply to oxygen, so that iron is involved in transporting vital gas in the tissues and organs. Iron ions are contained in the molecular structure of hemoglobin and myoglobin, giving the blood a red color. In addition, iron plays an important role in the process of hematopoiesis and is active in the provision of tissue respiration.

This trace element enters the body with food is absorbed in the intestine and the blood vessels is transferred to the bone marrow, which are formed by red blood cells – erythrocytes. A large part of iron in the body is contained in hemoglobin and some in the liver and the spleen, performing the functions of the depot.

Why and how is the level of iron

This trace element in the human body contains in small quantities. Determination of its level in the blood is used to diagnose various forms of anemia, evaluation of therapy, detection of infectious diseases, Hypo - and avitaminosis, disorders of the gastrointestinal tract. In addition, the amount of this trace element is determined to control the quality of food and overdose of drugs.

The balance of iron in the body can be determined by assessing metrics such as complete blood count, serum iron concentration and the number of ferritin. The determination of iron in serum provides an opportunity to assess what amount of it circulates in the plasma. Ferritin is the main protein of the person depositing the iron. Its plasma concentration reflects the iron stores in the body.

Blood seems in the morning on an empty stomach. The results were as accurate as possible, preferably three days before the study to eliminate alcohol, fatty and spicy foods.

What do the tests

Iron deficiency in the human body helps decrease in hemoglobin and the development of anemia is iron deficiency anemia. This disease causes the various disturbances of life: retardation of growth and development in children, pale skin, weakness, reduced immunity, shortness of breath, tachycardia. Launched anemia can lead to serious pathological processes in the body are sometimes irreversible.