The series is about a selfish, hard, but brilliant Dr. house has won the hearts of many viewers. The series consists of 8 seasons, but lame mystery house is revealed in the first. 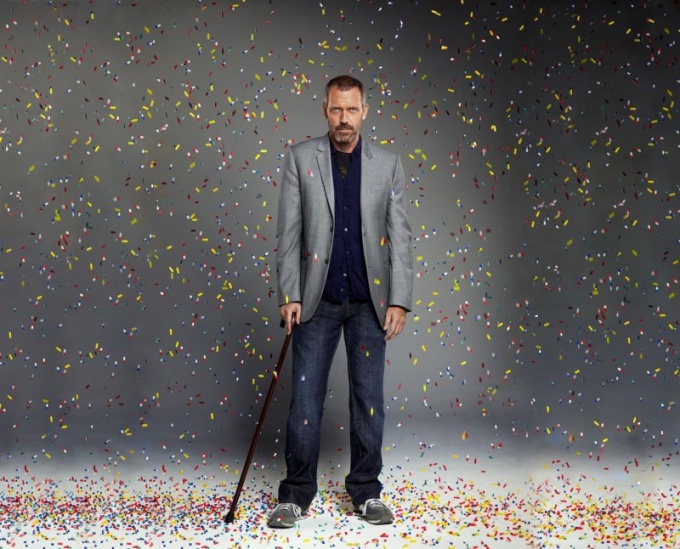 In the 21st series of the first season of head of the hospital Dr. Cuddy forces house to give a lecture to the students, to replace a sick teacher. On the same day the house meets in the clinic your favorite woman with whom he broke up 5 years ago. At the lecture house, in his characteristic manner begins to make the students riddles. He tells them three different stories in which patients came to the clinic with leg pain. At the end of the series, it appears that one of the stories happened in the life of Greg.

He was admitted to the hospital with severe pain in his right hip, but his doctor, which at the time was Greg's boss, Lisa Cuddy, too late diagnosed. The leg injury of muscle infarction, after which it was necessary to amputate his leg to hip. The house is not allowed to do so, he believed that he would be able to cope, and to be a disabled person in the chair he wanted.

Due to unbearable pain house asked me to put him in a medically induced coma. When house he could not make decisions for him did darling Stacy, who agreed to house cut out a large area of the affected muscles. All hoped for a successful outcome, however, was not so rosy. The operation was not so successful.

House now always lame, but the foot never stops hurting. The doctor constantly takes painkillers, which he became dependent. And the woman is gone because of the changes in his character. Eternal companion Greg gets his cane, which he with trembling and chooses love every time in your favorite shop. In the series appear cane with an image of fire, with a skull instead of a handle, and others.

House of pain justifies many of its actions, and also the addiction to "Vicodin". In one series, the subsequent seasons in more detail about this story, and in season 7 the house is even trying to heal new drug for which the old wounds appear tumors. House is afraid to admit defeat, he's trying to cut out the tumor itself, but in the end almost loses consciousness, managing to get a hold of Lisa Cuddy.

In the series there are many aspects associated with the disease house and his eventual recovery. After one of the operations, which should lead to restoration of function of legs, the house no longer feel pain, and several episodes in a row riding on a skateboard, what pleases and at the same time concerned not only subordinates, but also the chief doctor of the clinic. Because of addiction to painkillers in the house and gets in a mental hospital, and in one of the seasons and in jail.
Is the advice useful?
See also
Подписывайтесь на наш канал