Are there analogues of the drug "Physiotens"

"Physiotens" - antihypertensive drug for the treatment of hypertension. Analogues of this drug are "Mansonites", "Moxonidine", Tsint. They all have the same active substance - moxonidin. 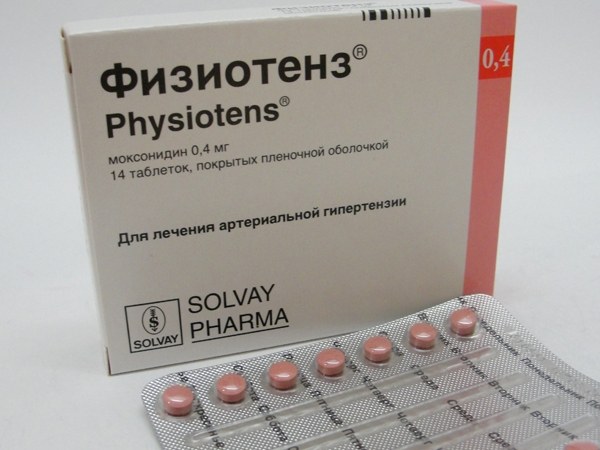 Indications for "Visitante" and its analogs

Drug "Physiotens" made in Germany pharmaceutical company Solvay Pharmaceuticals B. V. Its counterpart "Mansonites" produced by German firm Salutas Pharma. Analogue Tsint is manufactured by Eli Lilly (USA). "Moxonidin" produces the Russian "parsemeta". These drugs are prescribed for the treatment of hypertension. All drugs have the same active substance - moxonidin.

Moxonidine stimulates the sensory receptors involved in the control of the sympathetic nervous system, activation of these receptors lowers blood pressure. "Physiotens" or its analogues is administered at a dose of 200 mcg per day maximum amount per day is 600 micrograms, to a maximum single dose 400 micrograms. Make "Physiotens" or replace it with analogs, after consultation with the doctor, self medication can be dangerous.

If the patient suffers from renal insufficiency, the daily dose should be 200 mcg.

Side effects, contraindications to the administration of drugs containing moxonidine

"Physiotens" and analogues for reviews can cause the same side effects: temporary dysfunction of the Central nervous system (headache, dizziness, somnolence), excessive decompression, tongue and mouth become dry. These drugs can not be taken during pregnancy and lactation. During treatment, you need to eliminate the use of alcohol, at the beginning of therapy is not recommended working with machinery, requiring responsiveness and attention.

"Physiotens" and analogues are contraindicated before the age of 18 years in case of hypersensitivity to the active component of the drug, with a hereditary intolerance to galactose, the syndrome sick sinus with bradycardia (low frequency of heart beats). In the absence of clinical experience, the use of preparations containing moxonidine in patients with intermittent claudication, Raynaud's disease, depression, epilepsy, Parkinson's disease, glaucoma can be dangerous.

"Physiotens" and analogues with extreme caution should be taken in patients with renal insufficiency and patients undergoing hemodialysis.

If medicines containing moxonidine prescribed along with the drugs - beta-blockers, the effect of moxonidine on blood pressure increases. After the cancellation of "Visitante" and unique in the background of the ongoing beta-blocker is the risk of severe hypertension. Therefore, in this case it is recommended to cancel beta-blocker, and after a few days preparation with moxonidine. While the use of these tools with drugs, providing a depressing effect on the Central nervous system (hypnotics, anxiolytics), inhibitory (overwhelming) effect on the Central nervous system is enhanced.
Is the advice useful?
Подписывайтесь на наш канал