How is a fireman or a firefighter? 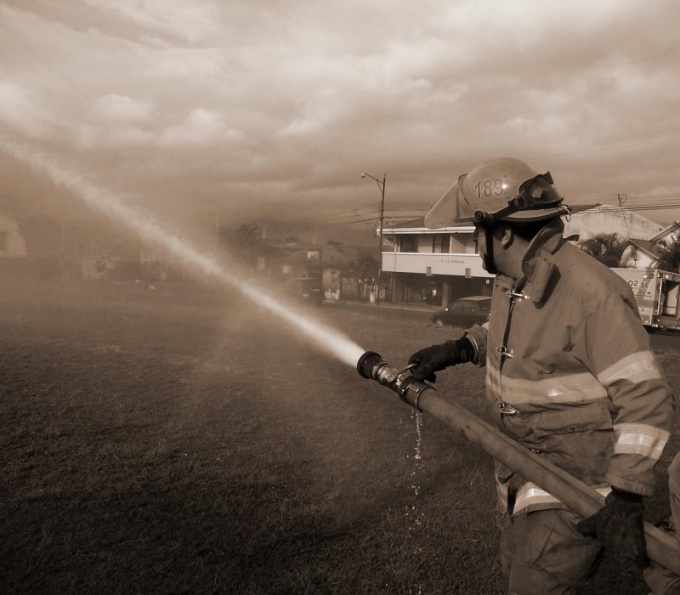 Linguists do not see the difference

From the point of view of linguistics, "firefighter" would be more correct designation of the profession by analogy with the words "polar" or "Neftyanik", but in Russian language there are many examples of how a rule of "passes" before the established tradition. Historically to refer to a member of the fire brigade used the adjective "fire" and the word "firefighter" appeared only in the late nineteenth century and had no taste to fighters of fire protection.

Professional firefighters were called firemen members of the so-called volunteer fire brigades, who had no form, no special tools. Thus emphasized the separation between Amateurs and professionals and disregard the first to the second. Despite the fact that dictionaries in the majority consider the word "firefighter" and "firefighter" to be synonymous, the firefighters are convinced that it is not.

Virtually since its inception, the word "firefighter" was not only neutral, but additional evaluation. So, in the beginning of XX century in Moscow firefighters were called people posing as victims of the fires. Most of these were professional beggars who came to Moscow from nearby provinces to collect money for a "Keeper".

In addition, in criminal jargon fireman is a thief that or setting fires in order to steal valuables, using panic, or looting during a fire. Some fighters of fire protection saying that firefighters are the ones who set the fire at all, his victims. Finally, there is an insect beetle-firefighter, whose official name — red-legged magkamali.

Most likely, historically, this division still rests on the period when the professional fire brigades began to oppose lovers, and all the additional explanations and values-neutral, in principle, the word "fireman" came later. For example, in the middle of the last century in the Soviet Union there was even a special award badge "Honorary fireman" and it was given not to fire victims, crime figures or the bugs, and people who have distinguished themselves in the course of extinguishing a fire.

Many researchers believe that the use of both options is valid, and the conviction of the firefighters that their profession is called "fire", in fact, based only on professional jargon is an attempt to once again separate themselves from "ordinary people". The fundamental difference between the concepts of notice only the fire, and most people do not make a distinction between a firefighter and a fireman.
Is the advice useful?
See also
Подписывайтесь на наш канал