I didn't get sick with chicken pox

Varicella-tolerated in adults is rather difficult, so many are concerned about whether re-infection. Unfortunately, according to experts, such a risk exists. 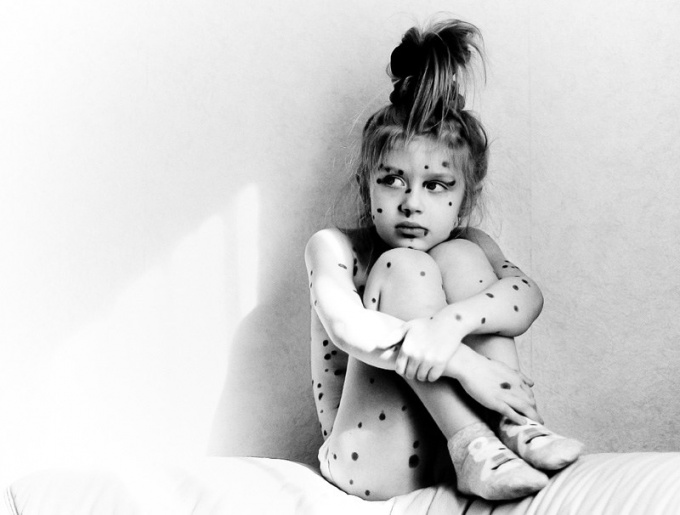 Chicken pox - what is this disease

The causative agent of chickenpox is a virus varicella-zoster, which also causes herpes zoster (or shingles). Onset of the disease, like many other infectious diseases, acute - patients complain of sudden deterioration of health, fever, severe headache and General weakness. After some time (from several hours to days) appear on the skin characteristic rash, which number is rapidly increasing. The so-called smallpox vesicles accompanied by severe itching.

It is important to remember that even though a rash and not into the germ layer of the epidermis and usually leaves no residue, brush the bubbles, otherwise in the place of the vesicles the scar will remain.

As you know, children carry the disease much easier, while adults may need a month to recover health. So some parents will specifically infect your child, avoiding contact with the already ill with chicken pox people. However, one should not forget that there is a risk of re-infection with chickenpox, and it usually occurs in adulthood.

In the environment of physicians is sometimes found to be as follows: if the first time the clinical manifestations were not too severe (e.g., without high temperature and not with a very abundant rash), the patient is "not fully" ill. It is believed that people who have had chickenpox in a form maybe in a future life infected again. However, the scientific evidence, however, as the refutations of this assumption yet.

Who may have had chicken pox twice

According to physicians, re-infection with chickenpox possible. Risk of newly infected people with weakened immune systems who recently had a serious illness or suffering from chronic diseases, significantly reduces the protective abilities of the organism, for example, systemic lupus erythematosus (SLE) or diabetes.

At risk are those who are experiencing severe immunodeficiency resulting from various causes, in particular, HIV-infected individuals, patients undergoing organ transplant or those whose immune system is reduced under the influence of strong stress.

Vaccination against chickenpox to date, is not among the mandatory vaccination, so for more information about where, when and how to do it, it is better to consult a specialist.

The exact answer to the question of whether this or that person to get chickenpox again, unfortunately, does not exist. Recently, however, doctors are increasingly offering to think about vaccination - putting vaccinated against varicella, you can almost to zero to reduce the probability of secondary infection.
Is the advice useful?
See also
Подписывайтесь на наш канал