What caused the bad blood clotting

The system of blood coagulation in a healthy body is the balanced processes of activation are balanced by the opposite action of the braking process. As a result, the blood is in a liquid state, and its collapse occurs only when necessary (damaged blood vessels). The violation of the coagulation mechanism occurs as a result of negative factors. 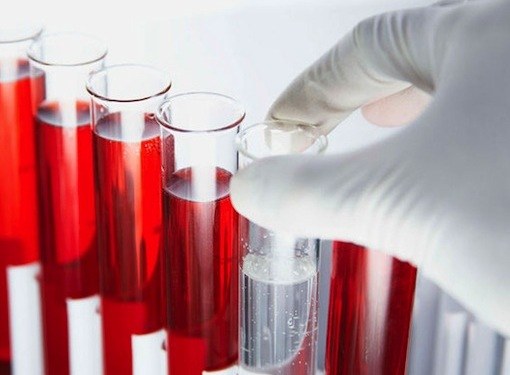 The viscosity of blood in norm close to the viscosity of water, it is liquid state ensures the fulfilment of its main function – to ensure the tissues with nutrients and oxygen. Complex coagulation mechanism starts to operate when the damaged vessel walls, the result of contact with blood of the tissue thromboplastin. Bad clotting often occurs against a background of serious diseases of blood vessels and blood. It manifests itself in the form of large bruises, barely stopping bleeding, and multiple small bruises of rash.

The bleeding disorder is a symptom of such hereditary diseases as hemophilia, von Willebrand's disease. These States are characterized by bleeding that occurred in childhood. This marked gematomny type of bleeding, with bleeding in the joints, and the musculoskeletal apparatus. Characteristic laboratory sign of these diseases - isolated lengthening of the clotting time of blood in the determination of activated partial thromboplastin time. By siniakova type of bleeding accompanied by hereditary trombotsitopatii (dysfunction of platelets).

Diseases that cause poor clotting of the blood

Low blood clotting observed in thrombocytopenia (reduction of platelets) acquired thrombocytopathy, deficiency of some coagulation factors, hypofibrinogenemia. They cause capillary type of bleeding is characterized by bruising on the skin and mucous membranes, small rashes, nosebleeds, probable hemorrhage in the brain. With an overdose of anticoagulants appears gematomny type of bleeding: bleeding in muscles, joints, skin, gastric, renal, intestinal bleeding, prolonged bleeding in case of mechanical damages.

Immune and infectious vasculitis (inflammation of blood vessels) cause vasculitic-purpuric type of bleeding: nephritis, skin rashes, intestinal bleeding. Poor blood clotting is manifested in angioma (a benign tumor), the setting of arteriovenous shunts, it is angiomatous type of bleeding: heavy, repetitive, did not alter the localization of the bleeding. The deterioration of the clotting occurs at a late stage of DIC-syndrome (impaired clotting due to massive release tromboplasticheskoy substances from the tissues), this condition is a consequence of sepsis, shock, embolism by amniotic fluid, premature detachment of the placenta. Poor blood clotting develops in diseases of the liver (mostly for hepatitis), due to acute blood loss.
Is the advice useful?
See also
Подписывайтесь на наш канал