What kind of paper used to print money

Many must have paid attention to the special quality of the material used for the manufacture of banknotes. Indeed, for the printing of money used special paper. This allows you to protect paper money from counterfeits and ensures the stability of banknote to wear. 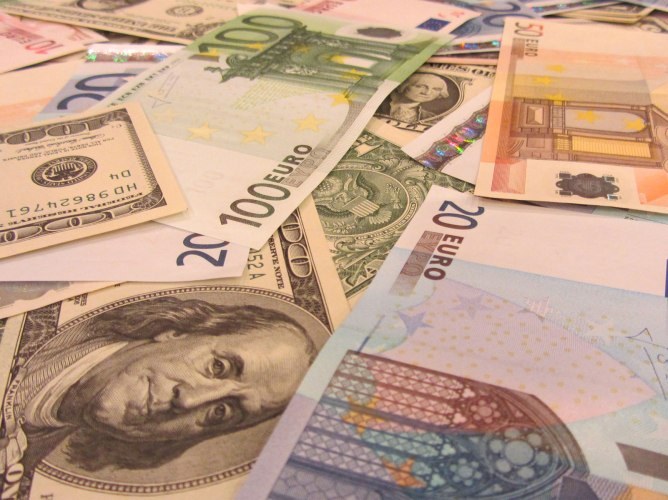 Paper with protective properties, not only used in the manufacture of paper money, but also by the issue of securities, packaging the prestigious and expensive goods, documents of special importance. Special material, produced by special technology creates a virtually insurmountable obstacle for attackers often seek to forge bills.

Special paper with protective characteristics, is divided into several categories. Material of the highest quality belonging to the first category, becomes the raw material for the manufacture of banknotes.

From these papers also do passports and other identification documents, which meet the highest demands from the point of view of protection against forgery.

Financiers often say that money likes silence. It is therefore not surprising the fact that the technology of production of paper money in any country refers to the highest level of secrecy. The townsfolk are not privy to the details of the production, known only to the most simple distinguishing characteristics of such securities, which, however, reliably distinguish a real banknote from a skilled forgery.

Protective paper grades do not like products that is used for the production of Newspapers and magazines. There are also differences in the composition of the feedstock, and precision equipment, and special ways of processing materials. At different stages in the manufacture of special paper I special additives, which are elements of the defense.

Manufacturers of raw materials for the production of banknotes maintain strict requirements for the density of the paper and its weight per square inch of space. In the composite mass, most of which is cellulose, is added a certain amount of cotton fibre and other substances that become visible only under special lighting, for example, under the action of ultraviolet light.

It is believed that a good protection is provided by the presence in the paper at least three kinds of fibers of different origin.

One of the hallmarks of bills of watermarks. Their form at one stage of the technological process raw materials, using so-called innerliner cylinders embossing. Passing between the rollers, the paper web in certain places changes its thickness. Then there is the visual effect, which is a latent image. It can be a pattern or text that are located over the entire area of the bill, and in its separate areas.

Some time in bill began to introduce colored fibers having different lengths. They usually can be seen without special lighting, although some types of bills can include the villi, which manifests itself only under UV lamps. This method of protection is good because to play his attackers with the help of Photocopying or printing equipment is almost impossible.
Is the advice useful?
Присоединяйтесь к нам
New advices