What is the contraceptives

Contraceptives are means of preventing pregnancy. For many centuries people tried to control fertility in the course were a variety of methods, including the wearing of amulets, mercury, and crocodile dung. Fortunately, today the problem of unwanted pregnancy can be solved by less exotic means. 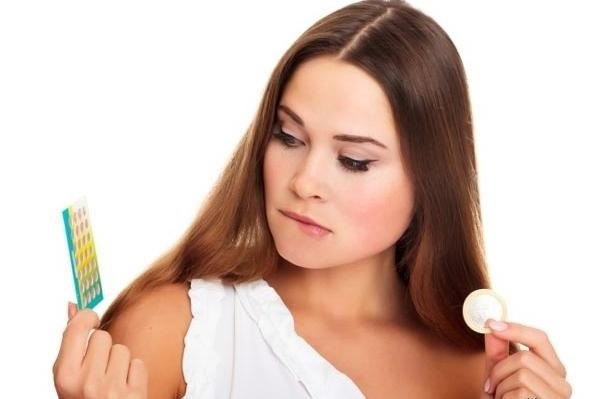 These products create an obstacle (barrier) in the path of the sperm. Barrier contraceptives are divided into male (condoms) and female (diaphragms, caps, coils).

The condom provides dual protection - it protects from unwanted pregnancy and from sexually transmitted infections. When used correctly it is very effective and affordable method. It is recommended in cases of possible infection and contraindications to hormonal contraceptives. The disadvantages include the inconvenience in application, the possibility of allergic reaction and reduced sexual sensations.

The diaphragm looks like a rubber thin-walled hemisphere with different diameter circular region. Great importance has the choice of size, which involves the assistance of a gynecologist. He also taught her to type, as this determines the degree of effectiveness of contraception.

The aperture you need to enter an hour before sexual intercourse, using spermicidal pastes at risk of infection. You need to remove it via 8-9 hours after the act. A contraindication to this method is expressed by the omission of the genitals. For its reliability the diaphragm is second only to the IUD.

The intrauterine device is placed by a gynecologist, after a thorough inspection, for a long period. It is recommended not to keep more than three years and be sure to visit a doctor to check her condition. The contraceptive effect of the spiral is based on the concentration of mucus that prevents sperm to penetrate the uterus. The spiral ensures practically complete protection from unwanted pregnancy. This method of contraception is harmless, they can use and lactating women. It is not recommended this method only nulliparous women.

Spermicides are chemical drugs that destroy the sperm. They are produced in the form of creams, suppositories, foam and vaginal tablets. When used properly, spermicides are quite effective method, with 85% guarantee. In addition, they offer some protection against genital infections. Spermicides are introduced into the vagina before intercourse. Occasionally, they can cause burning and discomfort in the vagina.

Steroid contraceptives have been developed in 60-ies of the last century, today they are used by millions of women around the world. The action of these drugs is based on the use of synthetic analogues of female hormones inhibiting ovulation. The reliability of the contraceptive effect depends on competent use and reaches 98%.

It is important to choose a hormonal contraceptive with a specialist, after a serious examination. Modern contraceptive pills could be composed of only progesterone (mini-pill) or progesterone together with estrogen (combined). The combined funds are low doses of hormones, sredneetazhnye and with high doses.

Sometimes gynecologists prescribe contraceptives not for the contraceptive effect, but to restore hormonal balance. These drugs can reduce the risk of tumors, healing of inflammatory diseases of the reproductive system, their action is beneficial to the skin, hair and nails. On the other hand, intake of steroid drugs can lead to obesity, menstrual irregularities, increased blood pressure.

Injectable hormonal contraceptives are introduced by syringe into forearm or buttock, their effect lasts for about three months. Puts the shot the nurse at the doctor's orders. After the termination of injection may be temporary difficulty conceiving, so this method is not suitable for women planning to get pregnant soon. Subcutaneous implants hormonal drugs are injected under the skin in the shoulder area, they provide contraception for five years.

Emergency contraception is used after sexual contact, these funds should be used in emergencies and very rare, as they contain a high dose of progestogen and have many side effects. But sometimes it's the only way to prevent pregnancy without resorting to abortion. The most popular pills for emergency contraception "Postinor", "Ginepreto", "Escape".

Sterilization, or depriving yourself of the reproductive functions, is only for women after 35 years, having at least two children, after a serious consultation. During this operation, bind or cut the fallopian tubes. In recent time sparing sterilization: placing the clamps on the fallopian tubes, which can later be removed and recover the kidney function. Sterilization can be done and the partner.
Is the advice useful?
See also
Подписывайтесь на наш канал