What if the float in the toilet tank leaking water

The cistern in the toilet during the day is driven very often. This leads to the fact that he starts to act up and break. Problems with the toilet cistern is often related to his leak when installed in the float ceases to cope with its task. But don't panic as it will determine and fix the problem where the float starts to pass water, you can own, without the help of professionals. 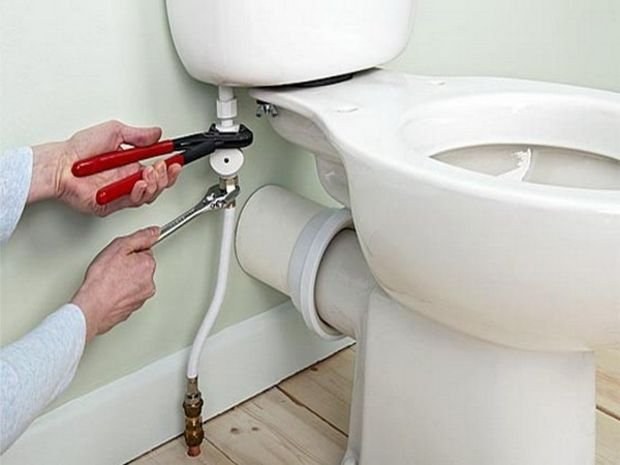 Related articles:
Minor damage present many problems. But before proceeding to eliminate them, you need to find the cause of the fault, and for this it is useful to study the device of the toilet tank of the toilet.

How does the toilet cistern from the inside

Designs of tanks a lot, but the principle is everywhere the same. This is the float actuating the switch of water, a pear, which closes the drain hole and ball valve, water shut-off after it reaches the required mark.


The water flow into the tank in the domestic models are on the side and branded sanitary ware – from the bottom. The difference between them lies only in the fact that in the first case, the filling of the barrel accompanied by a loud noise.


Escapement of water can be of two types: rod and push button. Rod mechanism is very rare today, as most modern toilets are produced with a button.

The float in the toilet tank flows water: a solution to the problem

Before starting repair work is necessary to study the device of fastening of a cover of the toilet tank, as when properly handled it can easily break or damage the door itself, causing the cistern will have to change completely.


The float begins to leak water for several reasons, among which the most common:


- misalignment of the float;
the hole in the float;
- wear of the membrane.


To eliminate leaks due to misalignment will be sufficient to adjust the float. The lever is made from brass, you can just bend as raising and lowering it, you can easily determine the position in which it closes the water.


Problems with adjustment plastic lever doesn't have to be. The float reservoir is positioned by means of the fastening screw, allowing to change the curve of the lever. If instead of a screw use a plastic ratchet, then with its help you just need to fix the lever in the desired position.


Damaged the float during filling of the tank with water becomes heavier and it sinks. In this case, the solution would be to replace the float or repairs.


Before beginning work turn the valve filling the tank and drain off all the water. Then by means of the wrench Unscrew the water supply and remove the old float. In its place install a new part and restore the water supply.


If you decide to repair the float, remove it from water and dry thoroughly. Then, using heated plastic seal a hole in it or put it in a plastic bag. But don't forget that soon you will still have to make the change, since these measures can not give lasting results.


To replace worn-out membrane, which often becomes the cause of the leak of the toilet tank, tie the float arm to the bar and drain all the water from the reservoir. Then Unscrew the nut that holds the flush pipe. Now disconnect the siphon and install the new membrane in place of the old. Assembly mechanism toilet tank in the reverse order.
Is the advice useful?
See also
Подписывайтесь на наш канал