What plant is called "flight-grass"

Since ancient times in Russia it was common herbalism and healing class was equal to the divine gift. The list of herbs was then quite large, but a special honor was a plant called the flight grass. 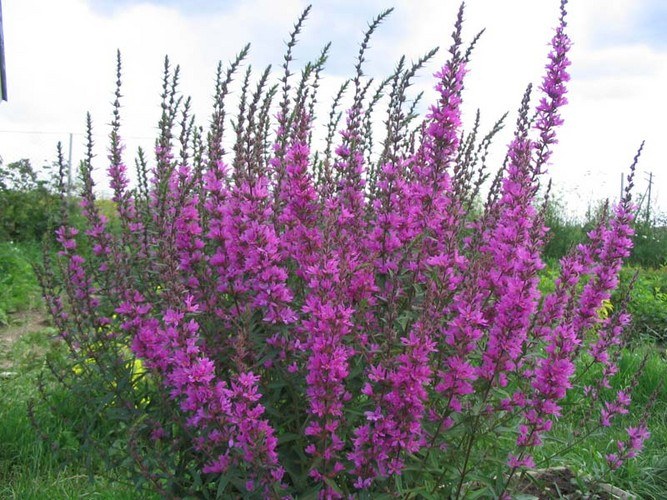 Flights grass is nothing like the legendary fern flower, which, as said many ancient superstitions bloomed only one night of the year - before the holiday of Ivan Kupala. Once is not called this herb: and the wild cornflower, and poberegnik, and God's grass, Plakun-grass. This plant can reach up to a meter, stems mostly upright, often grows bushy. Inflorescence a nice lilac with small flowers, which are arranged along the stem.

In Russian spiritual verses teach us that the flight-the grass grew from the tears the virgin Mary shed during the agony of Jesus Christ. Hence the plant has another name - the Plakun-grass.

Since ancient times in Russia flights-grass collected on the holiday of Ivan Kupala, and at dawn. First, the body was removed and all iron was put in magical words. In the house this mythical herb served as a kind of talisman. Those who planned to spend all day in swampy areas, necessarily took with him a little Plakun-grass.

Domestic animals gave the flight-the herb as a sedative, adding it to food. Young children, the grass was placed under the pillow to sleep well. The name of the Plakun-grass was given to the healers, because it was believed that all evil spirits, demons, she's forced to cry. Flights grass this flower was named because it was transported from one place to another.

According to the ancient Slavs, the buds of the flight-herbs burst with a Bang and dissolved gold or red flames. Their light is so bright that you go blind.

There is ancient belief that this herb itself is transferred from one place to another. Here she wears the name. Its flowers are shining the brightest colors, and at night, during his flight, they look like stars falling from the sky to the ground. Again, according to legend, the flights-the grass will help in joy, and luck. Also, according to ancient legend, a blooming fern pointed the way to the jewels and treasures that were hidden deep in the earth. To find this flower is not easy, but if you get lucky, all your desires will be fulfilled.

Flights grass and the 21st century

Now there are many amulets made from the flower of the fern. Such products are considered to be male. They give its owner wisdom, good fortune and contribute to the achievement of all the goals and fulfillment of desires. Where this flower grows - nobody knows. In modern pharmacy it is difficult to see in the sale. Some scientists tend to think that the flight-the grass is a kind of fiction of our ancestors. Meanwhile, healers and Slavic wizards still find a flights-grass, and use it in their rituals.
Is the advice useful?
Подписывайтесь на наш канал