Why hours want the stones

Those who had the opportunity to figure the device in a mechanical clock, probably know that they use the stones. The number of these elements indicates the quality of the clock. This figure is so important that very often the number of stones even indicated on the dial. Why in hours, use the stones? 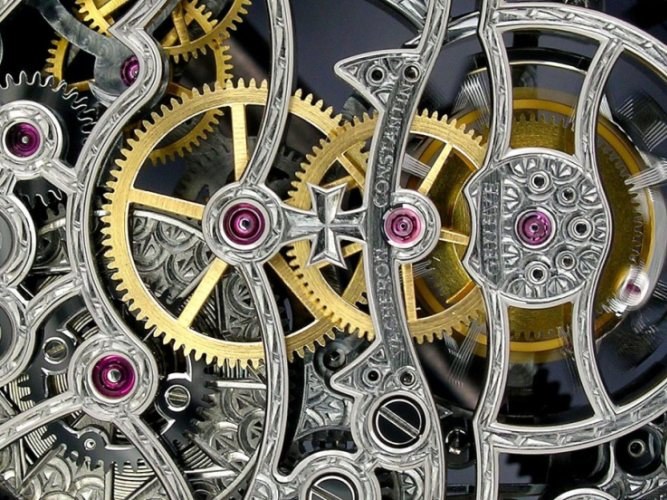 The effective work of the clock mechanism directly related to the number of stones. Experienced watchmakers will open you a secret: the stones are able to significantly reduce the harmful friction between the individual parts of the movement.

The more hours the rocks are, the higher their resistance to wear. This statement is even reflected in the standards adopted at the time in Switzerland.

The first mechanical clock design which is used rubies, was made in the early XVIII century. English clockmaker grey is one of the first thought of how to reduce the coefficient of friction between the parts of the clock mechanism. During his life, this master has produced several thousand hours. And each used rubies.

However, in modern high-quality watches stones are used not only for the sake of reducing friction. Modern materials are made from watch parts, high performance, and therefore able to compete with rubies in eliminating the harmful effects. Why the stones remain an essential element of the design of the clock mechanism?

The secrets of the time stones

The fact that the trunnion axes of a mechanical watch are of extremely small diameter. The stones are able to reduce the pressure on the details and keep the support elements intact. In addition, the stones are not afraid of corrosion, typical of metals, so the polished surface of the artificial ruby is much longer retains its operational properties.

It is an artificial ruby is best suited for clockworks. This stone is resistant to wear, possesses considerable hardness, easy to grinding and polishing.

The use of rubies guarantees the uninterrupted work of the mechanism over long periods of time without any deformation.

How many stones in hours is considered optimal? It depends on the complexity of the movement, leading the arrows to move. For example, in modern watches electronic and mechanical types, which have additional functions, applies fifteen or more gems.

It should, however, be remembered that in the pursuit of prestige of particular manufacturers are used in construction hours unreasonably large number of stones that is actually not caused by actual necessity. This gives you the opportunity to proudly say that these watches have excellent quality. If you don't want to pay more for this dubious advantage, it should be remembered that the total number of stones in high-quality hours must exactly match the number of axes used in the mechanism.
Is the advice useful?
Подписывайтесь на наш канал