Any good detective has a intricate plot and complex mystery that is so nice to try to solve in a day, comfortably sitting in a chair and sipping fragrant tea. Many book lovers prefer to spend all their free time immersed in the mysterious action of the detective story. No less successful leisure is to watch a detective film, wrapped in a warm blanket, wondering who the true criminal. 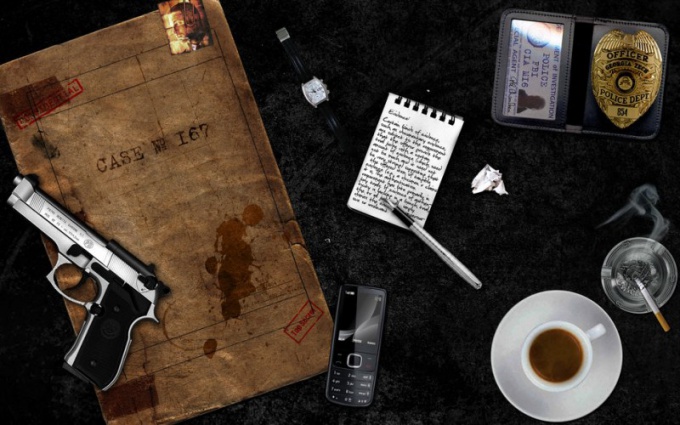 A dozen of the best detective books

The study of active Internet portals and leading books, the main investigators in recent years have been the following books:

In tenth place is British author Kate Atkinson book, "the crimes of the past" where the main character Jackson Brodie successfully uncovers old crimes that have been untouched in the archives of the police. During the investigation of past events in the most incredible way intertwined and lead the hero to some unexpected discoveries.

Number nine – the Russian author Nikolai Svechin and his novel "Chronicles of the Inquisition" written in a retro genre and tells the story about the investigation of very complicated cases fearless detective Alexei Lykov.

In eighth place detective "Cats not recommended to offend" the author Elena Mikhalkova. First sight harmless tabby kitten the most incredible way retracts his young mistress into a whirlpool of incredible events and a string of murders. But can the fragile girl to solve the riddle to save his life?

Seventh book critics gave the authors of Anna and Sergey Litvinov, as well as their detective "Features the love of women". The protagonist Dima Poluyanov and his girlfriend by chance drawn into the intrigue of theatre tourism. It was at this time there killed a young and talented actor, and all suspicion falls on the main characters, who are trying to work together to find a way out of this difficult situation.

At number six is a good detective story about industrial espionage writer by Bernhard Schlink. The work was first translated into Russian language and tells about the strange and mysterious events that begin to happen around the main character and his lover.


Intricate detective stories and puzzles often lead to unexpected intersections, that is the main popularity of the detective genre.

In fifth place – a new mystery game, clothed in the shell of a classic American genre of the road movie, the writer Jesse Kellerman. Modest assistant who secretly loves her boss, after his sudden disappearance embarks on a quest full of unexpected traps and twists of fate.

Fourth place was taken by detective Yu today's Oslo "Goddess of revenge", which is very vividly described the misadventures of Harry Hole, who needs to fight with evil, to unravel the mystery behind the deliberate murder of which he is accused.

The honorable third place detective Tatiana Ustinova "Immediately after the creation of the world". Alexey Pletnev happens to be in a remote village, where the need to start a new life. But first he has to deal with a series of strange events and murders. What will Alexei circumstances, it is difficult to predict.

Complicated case of the death of a construction magnate, which is pretty Nikki heat – the basis of popular detective "Unbearable heat" Richard castle, a book which the critics gave a second place rating.

Who can take first place in the top 10 most popular detectives, if not Alexandra Marinina and her book, "the Broken thread. Volume 2". In the center of events – the uncompromising Dr. Sergey Sablin, who does not go on about the tricks and lies, choosing the difficult path of truth.


Many book lovers believe that to read a good detective – a waste of time.

Of course, every reader has a favorite author whose books I want to read again and again. But, nevertheless, it is always useful to read a couple of other detective stories, one more time to make sure the author you choose correctly.
Is the advice useful?
Подписывайтесь на наш канал