That was good in the Soviet system of education

The education of children in Soviet schools was intended not only to teach them to read, to count, to write, to give the basics of various Sciences, but also to form them as individuals, to raise worthy members of society. Against the background of knowledge about the laws of nature, thinking and society, work skills, social skills have developed strong communistic views and beliefs. But all this is true only in relation to the whole era of Soviet education. At various stages of its formation and development, the situation was somewhat different. 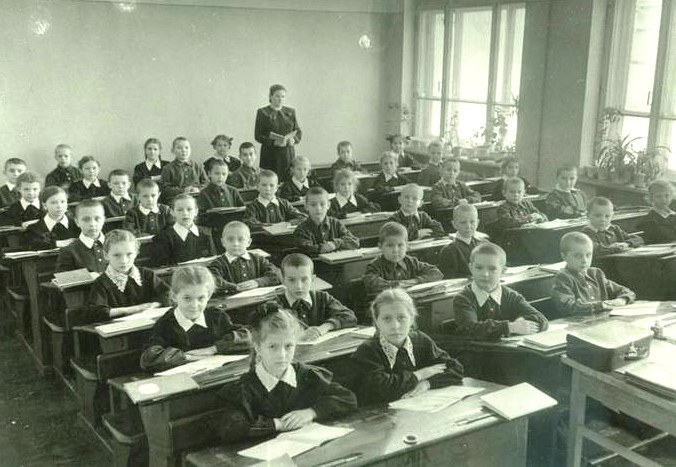 The establishment of Soviet education

It is impossible to speak about any advantages of the Soviet education system, not knowing how, when and where it came from. The basic principles of education in the short term was formulated in 1903. At the II Congress of the Russian social-democratic labour party, it was stated that education should be universal and free for all children up to 16 years, regardless of gender. In addition, you should eliminate class and national schools and to separate the school from the Church. November 9, 1917 is the day of the establishment of the State Commission on education, which was to develop and monitor the entire education system and culture of the vast country of the Soviets. The regulation "On the unified labor school of the RSFSR", dated October, 1918, providing for compulsory school attendance of all citizens at the age from 8 to 50 years of age who could not read and write. The only thing you can choose what language to learn to read and write (Russian or native).

At that time, most of the working population was illiterate. The country of the Soviets was considered lags far behind Europe, where General education for all was introduced nearly 100 years earlier. Lenin believed that the ability to read and write can give a boost to every man to "improve their economy and their state."

By 1920, more than 3 million people received literacy training. The census of that year showed that more than 40 percent of the population over 8 years old can read and write.

The census of 1920 was incomplete. It was not carried out in Belarus, the Crimea, the Caucasus, North Caucasus, Podolia and Volyn provinces, the number of areas of Ukraine.

A fundamental change was waiting for the education system in 1918-1920. The school separated from the Church, and the Church from the state. The teaching of any creed was banned, boys and girls now studied together, and now you don't need to pay anything. At the same time began to create a system of pre-school education, has revised the rules of admission to higher educational institutions.

To 1930-m to years of illiteracy as a phenomenon was defeated. The education system was organized as follows. Almost immediately after the birth, it could give to the nursery, then in kindergarten. And existed as kindergartens, daycare and convenience store. After 4 years of study in the primary grades the child became a high school student. At the end he could get a profession in College or technical school or to continue their education in senior grades of primary school.

A desire to cultivate trustworthy members of Soviet society and competent professionals (especially engineers and technicians) did the Soviet education system the best in the world. Total reform of the education system was subjected in the course of liberal reforms in the 1990-ies.

Features of the Soviet education system

One of the most significant advantages of the Soviet system of school education was its accessibility. This right was enshrined in the Constitution (article 45 of the Constitution of the USSR 1977).

The main difference between the Soviet system of education from American or British was the unity and coordination of all levels of education. Clear vertical level (elementary, middle school, College, University, postgraduate, doctoral) allows to accurately plan the path to learning. For each stage was developed a unified program and requirements. When moving parents or change school for any other reasons not need to re-learn the material or try to understand the system adopted by a new institution. The maximum trouble that can deliver the transition to another school, the need to repeat or to catch up with 3-4 topics for each discipline. The books in the school library were given free of charge and was available to everyone.

Teachers of the Soviet school gave the basic knowledge in their subjects. And that was missing to graduate school on their own (without Tutors and bribes) enrolled in higher education. Nonetheless, Soviet education was considered fundamental. Educational level implied a broad Outlook. In the USSR there was not a high school graduate who has not read Pushkin or did not know who Vasnetsov.

Now in Russian schools exams can be mandatory for students of even primary classes (depending on internal school policies and decisions of the teaching Council). In the Soviet school the children passed the final exams after 8 and after 10 class. No testing of speech was not. Method of control of knowledge both at lessons and during exams was clear and transparent.

Every student who decides to continue studying at the University, at the end guaranteed to get the job. First, the number of places in universities and institutes was limited to the social order, and secondly, after graduation has been a mandatory distribution. Often young specialists were sent to the virgin, on Union building. However, to work there had only a few years (since the state compensated for the cost of training). Then the opportunity arose to return to his hometown or to stay there, which got distribution.

It is a mistake to believe that in the Soviet school all students had the same level of knowledge. Of course, the overall programme needs to be understood by all. But if a teenager is interested in any particular subject, he was given all opportunities for additional study. When schools were mathematical circles, circles of lovers of literature, and so on. In addition, there were specialized classes and specialized schools, where the children were given the opportunity to study in depth certain subjects. A cause of special pride of the parents had children enrolled in the school of mathematics or school with a language bias.
Is the advice useful?
Присоединяйтесь к нам
New advices