Why on the face there are spots

The appearance on the face of the stains of any etiology for care women is a disaster. Many are trying to explain age-related pigmentation changes and accept it as a fatality. And yet spots on the face can be avoided at any age. 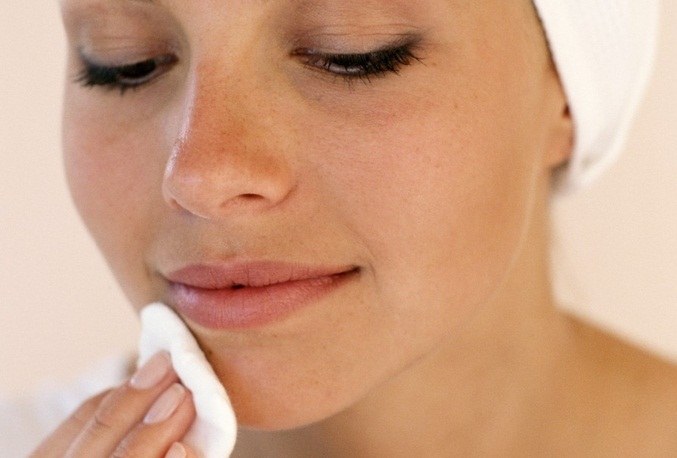 Related articles:
Dark spots on the facial area, unfortunately, often nothing to do with aging, they may begin to manifest at any age and quite difficult to treat or disguise.

The main risk group for the occurrence of pigmentation on the face fall the fair sex, for whom this cosmetic nuisance becomes a real headache, forcing me to look for reasons and ways to get rid of these very necessary and sometimes very noticeable external proyavlenii.

The failure of internal processes occurring in the body, the effects of harmful external factors is sometimes expressed in a sharp concentration of natural colorant - melanin - that is manifested in the appearance of spots on the face. It can be light, almost white, or very dark education, expressed as scattered across the face of freckles, or a more serious and dangerous lentigo or benign nevi. Large concentration of melanin under the skin often appear in the form of large speakers (sometimes pimply) circles, which obviously spoil the appearance and make trouble for its owner.

For the color of human skin is responsible for so-called melanin.

One of the most common reasons that may occur such negative phenomena, is considered the harmful effects of sunlight on the skin, which is known to be in need of extra special protection. This particularly affects people with light, particularly exposed to skin burns. With the defeat of the UV radiation appear yellow spots, which quickly darken. However, often the drugs themselves, designed to protect the skin from harmful effects of ultraviolet radiation, can give such a nasty chemical reaction.

Paradoxically, appear pigmentation on the face may be the main symptom of the failure of some metabolic processes of the body such as diseases of the gastrointestinal tract, diseases of the renal system, liver and gall bladder, a lack or excess of a vitamin or trace element. As a rule, in such cases the spots are red in color and the skin becomes dry halo.

Pregnancy is accompanied by various hormonal changes, various disorders of the nervous system, age-related changes associated with the production of excessive doses of pigment - this is the reasons of pigmentation on the face, which requires specialist advice and a long and high-quality treatment in a gentle ways of limiting sun exposure and exclusion of active cosmetics.
Is the advice useful?
See also
Присоединяйтесь к нам
New advices