How many seasons and episodes in the series "Real boys"

"Real boys" – a Russian sitcom, filmed by the "Gusteritei" in the genre of reality. It premiered in the fall of 2010 on the TNT channel. During the broadcast the show was loved by the audience, became popular and received the official status of cultural heritage in Perm Krai. 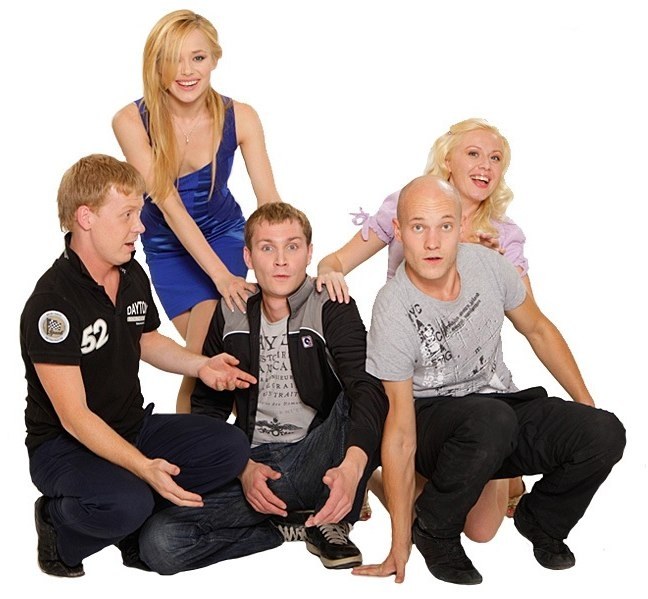 The first season of the series about the life of a simple Perm guy nick has been shown on the TNT channel in the period from 8 November to 30 December 2101.
The story begins with the fact that Perm hooligan Kolyan caught stealing manhole covers and already have one probation, instead of serving a sentence in prison for participating in a reality show. Under the terms of the show nick will live his normal life under the constant surveillance of cameras, it will walk the operator, removing his family, friends, acquaintances, work. Kolya, of course, agrees.

Trial series "Real boys" was filmed in September 2009 in Perm on Amateur camera, and reshoot for the TV it did not, and she was featured on 8 November 2010 as a pilot series without mounting add-ons.

The first season of the sitcom introduces viewers to the immediate environment of the protagonist: his family and friends, people with whom he has to constantly communicate.

The main storyline of the season is complicated for nick, the choice between a simple and affordable friend Masha, which he does not like and is not the Bohemian daughter of a local tycoon Leroy, in which he passionately in love.

Nick chooses Leroux seeks reciprocity in my personal life everything is going well before the wedding, his colleagues Edward. The morning after the wedding, he wakes up in bed with Masha – so ends the first season of the series "Real boys."

The media noted that the pilot episode was not liked by the residents of Perm. However, according to TNS Russia, the series took 2nd place in the Top 20 programs popular among the youth age group from 18 to 30 years.

The second season of the TNT channel was showing from 9 March to 7 April 2011. The second part of "Real boys" is entirely devoted to attempts by nick to return the favor and trust of all who learned to Read. Unsuccessfully married in season 1 Edward, secretly in love with Masha, the whole 2nd season is trying to divorce his wife Valya. Also in this part of the audience for the first time I see father nick, who is released from prison and the mother of Valeria, who came from Spain.

The season ends with the wedding of Valeria and nick and nick in charge of the carjacking he did not commit, waiting for the court. In the last frame appears representative of the channel, who is filming a reality show, and said that shooting to stop a judgment.

Season 3 was broadcast from 7 November to 8 December 2011. Anton and Vova – the closest friends of nick are recognised in the hijacking, for which he receives probation. Nick forgives them and admits to his future apartment, on the condition that they make repairs to it.
Valeria's father takes nick to his job that he the whole season will fight with the competitor-in-law. At the end of the season, Lera and nick, a son.

Latest Perm, season 4 of the series, devoted to the search of Kolya for his place in life. It is very annoying life dependent on his rich father-in-law, he leaves him and tries to go to University. In the final series of the season, he received a letter from Moscow, which says that he enlisted in one of the Moscow universities. No one in the family Kohl does not support the departure to Moscow, but the season ends with shots of red square.

The fifth season is divided into two parts: part 1 was shown from 8 March to 30 April 2013, the 2nd, from 30 September to 24 October of the same year. Nick and Valerie leave a young son in the care of relatives and moved to Moscow. Behind them in the capital are all the other main characters of the series. Moscow harsh reality leads to divorce Lera and nick. In the last frame of the season a slightly drunk nick is again in Perm said to the audience that he is alone, no family, no friends, end of story.

In the period from 2010 to 2013 was filmed 5 seasons, including 122 series. Today it is known that the continuation of the series will appear on screens in 2014, how many seasons and episodes, the creators of the sitcom was not specified.
Is the advice useful?
Присоединяйтесь к нам
New advices