Pests that live on radishes

Radish – early vegetable crop, which starts to yield one of the first. Juicy spicy on the palate, the fruit is incredibly wholesome and delicious. You can use them for salads, hash and other dishes. The radishes often attack different pests that can destroy crops in a matter of days or seriously to damage it, making it unfit for human consumption. 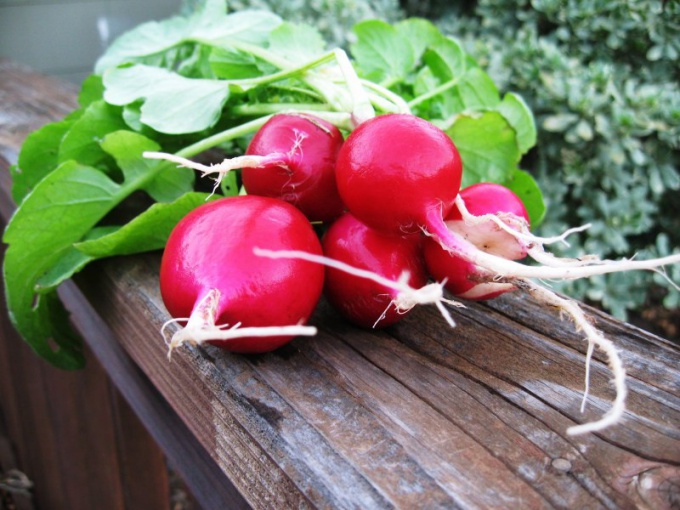 Most often, radish cruciferous flea beetle attack, which in a short period of time doing a lot of holes in the tops. All this negatively affects the amount of harvest. Fleas are very small body size with a pronounced metallic sheen. Generally, insects of the same color.

Spring cabbage fly, despite its name, the spoils and radishes. Females do lay eggs in the soil from which the larvae 6-8 mm long, gray or white colors. The larvae move closer to the roots and started to eat. Over time they spread to the stems. If you do not take action, the harvest will be ruined.

Rapeseed the bug feeds on any brand of cruciferous plants, including radish. Since bed bugs spend the winter under the leaves, they aktiviziruyutsya immediately after warming. Females do laying directly on the foliage. Damaged plants turn yellow and wither.

Most importantly – thoroughly clean the garden in the fall. The less of last year's leaves, the lower the probability that there will be pests in large numbers. But this, unfortunately, is not always enough.

Cabbage moth, leading nocturnal, feeds on cabbage, radish, turnip, also happy to absorb the landing of a turnip, watercress, horseradish and radish. The moth is the small, butterfly wings are brown with stripes. The caterpillars of the cabbage moth eat leaves in large quantity.

Slugs live on cruciferous plants, especially on the young. Pests spoil mainly the leaves of radish. Slugs live long and breed well enough, which is why it is important to treat the planted crops.

Hand picking slugs will not give the desired effect, because they can migrate from garden to garden, thus to spread to large areas.

Click beetles or wireworms eat up all the root vegetables, including radishes. Since their presence is often ignored by gardeners, in fact harvest is celebrated significant damage. In some areas, there is a huge number of pests that have the form of thin orange worms, somewhat resembling copper wire.

With cabbage flea beetle can be controlled by means of ash. Sprinkle a little ash on the leaves and the ground. Treatment need several times a week until complete disappearance of pests.

Gardening stores in a wide assortment of complex products. Usually they are made in the form of tablets or ampoules which must be diluted in water. Method of application details specified on the packaging – to make the solution more concentrated or radishes may die.

Do not forget to paint the greenhouses, which are made of wood. Otherwise, you may appearance not only pests but also the development of many diseases in radish.
Is the advice useful?
See also
Присоединяйтесь к нам
New advices