When in Goa, is the rainy season

The Indian state Goa every year becomes more and more popular among Russian tourists. They are attracted by the warm sea, cheap hotels and guesthouses, delicious, varied food. But due to the peculiarities of the climate to relax in Goa all year round is impossible. 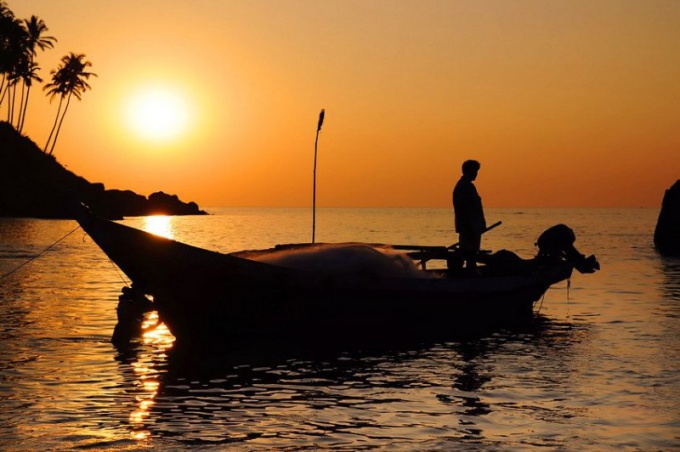 The climate in Goa - when it starts and ends rainy season

Day length in Goa is not varies greatly, unlike Russia. In the summer she is twelve hours in winter and eleven. So tourists will have enough days not only sea bathing, but also for sightseeing.

Goa - the smallest Indian state, but the most popular with tourists. From November until the end of March it is densely populated by visitors. But closer to the middle of April, the travellers are leaving. The fact is that the climate in this part of India is sub-Equatorial. Dry and wet seasons are expressed very strongly. Since mid-April, and sometimes with numbers it first starts to rain. And if the first few days are precipitation with interruptions, and sometimes the sun Peeps out then starting in may it's raining almost all day.

During monsoons the temperature remains quite high - in may it reaches 33-35 degrees. The shed on top of the water evaporates actively, ensuring a constant high humidity. Rest at this time in Goa is not comfortable. Not only that, rain can start suddenly, catching travelers on the road or on the beach. Because of the strong humidity in the rooms is starting to form mildew, which often affects not only walls, but clothes. Things in these conditions, always remain a bit wet and deteriorate quickly.

Goa is a former Portuguese colony in India. In this state, you can see abandoned FORTS with old guns, Catholic cathedrals, houses of European architecture. This greatly distinguishes Goa from other Indian States.

The amount of precipitation increases sharply in June - 868,2 mm compared 112,7 mm in may. Maximum rainfall occurs in July - 994,8 mm. Then their number gradually decreases. In August, has a 512, 7 mm in September - 251,9, in October of 124.8. A monsoon abruptly cease, and in November, the rainfall does not exceed 30,9 mm. Rainfall during this period are rare, are perceived by locals as an anomaly.

When is the best time to relax in Goa

The most Sunny months in Goa - January and February. They are also optimal to visit this Indian state. By this time, from the effects of the monsoons is not a trace remains. All hotels and guesthouses are listed in the order of the wall cleaned from the mold, washed-out roads repaired. Goa is becoming a cozy and comfortable place to stay. The water in the sea by the end of December warmed up to a peak of 28-29 degrees. And remains so throughout the winter months.
Is the advice useful?
Присоединяйтесь к нам
New advices