The most famous Russian artists

Russia has a rich history of culture and art, which has many names of great artists, famous all over the world. These creative people have left us an invaluable legacy of which today we can admire in museums. 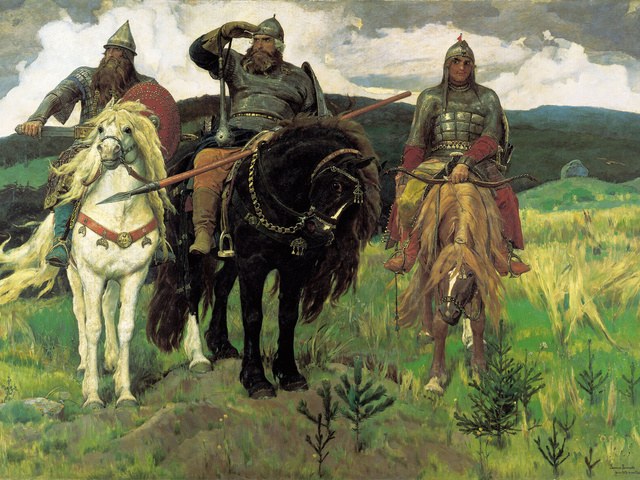 Painters of the nineteenth century

The XIX century is considered the Golden time in the history of the development of art and culture of Russia.

I. I. Shishkin, undoubtedly, belongs to a strong painter of landscapes. This great artist has made many good pictures, unsurpassed in accuracy of plant forms, subtle understanding of nature. Written by Shishkin works are the admiration and the admiration of the Russian vegetation. The artist wrote a poem flora. The plots of his best paintings are: Russian forest, meadows and fields. For example, "stream in the forest", "Sosnovyy Bor", "Rye", "Ship grove". Well transferred the life of the forest by the widespread painting "Morning in a pine forest".

Not at least know the name of the talented artist I. K. Aivazovsky. His work is inextricably linked to the landscape, which becomes a sea, coast, or sea battles. In the paintings of the artist reveals the entire character of the sea, it comes to life under his brush. It should be noted that he never painted from nature, and relied on my good memory and imagination. A lasting impression of the famous painting by Aivazovsky "the Ninth wave". This is a romantic anthem, glorifying the power of the element, despair and courage.

Landscapes of outstanding artist I. I. Levitan surprisingly lyrical. He was able in the most simple and ordinary motive to find near and dear to the Russian people, to fill the ordinary landscape of feelings and charm. The artist's talent manifested itself in the painting "March". Here the artist gave a cosy lived-in landscape, where we can't see the person, but feel his presence. As well feel the poetic mood and love for the simple moments of life in the paintings of Levitan's "Quiet abode", "Spring - big water", "Cloudy day on the Volga".

Great painters of the turn of the century looking for in his works the beauty and harmony, seeking to instill in others a sense of beauty. At this time there are new styles: art Nouveau, symbolism, cubism, Suprematism.

V. M. Vasnetsov is best known as the master of the fairy-tale story. His best canvases are distinguished by good drawing, color is a secondary means of expression. The artist creates monumental paintings transports the viewer into the world of dreams, among them "Alyonushka", "the Bogatyrs", "Ivan Tsarevich on the grey wolf". As Vasnetsov painted works with well-researched historical subjects. The most famous of them work, "King Ivan the terrible".

I. E. Repin from the early works he showed himself as a versatile person. Worked in different genres and he liked it. He could simultaneously write two completely different paintings. Among his folk art is widely spread work "barge haulers on the Volga". Here he exposes his modernity, exploitation of the people, but nevertheless shows the growing strength of the protest. In the genre of history painting famous painting "Ivan the terrible and his son Ivan" and the painting "the Cossacks writing letter to Turkish Sultan".

Unusual Russian artist K. S. Malevich became an iconic figure not only for our country but for the world of art. He is osnovopolojnika style of Suprematism. The first picture which is the "Black square". The meaning of this trend is full of irrelevance. Canvases filled with geometric shapes painted in bright, pure colors. Suprematism became the main contribution of the artist in art history.
Is the advice useful?
Подписывайтесь на наш канал