Where is mount Everest

Everest, or Chomolungma is the highest peak in the world, the height of this mountain is 8848 meters. Everest is in the Himalayan mountains, which stretch on to the Tibetan plateau and Indo-Gangetic plain in several countries: Nepal, India, Bhutan, and China. The summit of Everest is located in China, but the mountain itself is located on the Chinese-Nepalese border. 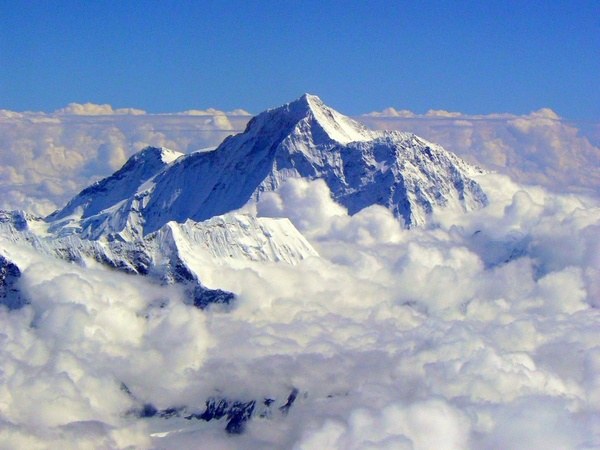 Everest – European name of the mountain, which since ancient times was called by the locals, Tibetans, mount Everest. The name translates as "divine mother of life." The Nepalese, observing the mountain from the South side, called her "Mother of the gods," which sounds as "Sagarmatha". The name "Everest" the mountain was named after British surveyor George Everest.

Until the mid-nineteenth century was no accurate data on the height of the mountain, so it is the title of the highest peaks was informal. In 1852, Indian mathematician conducted a series of calculations and determined that Everest is the highest mountain on Earth.

Everest was formed by the collision of two plates – the Indian subcontinent and Eurasia. The Indian plate went under the crust in the territory of Tibet, the mantle was lifted up, the result is a large mountain range, which still continues to grow due to the slow movement of tectonic plates.

The Location Of Mount Everest

The Himalayan mountains cover a huge area on the Tibetan plateau and Indo-Ghanaian plains, separating the desert and mountain regions of Central Asia and tropical regions of southern Asia. At length the mountains stretch for almost 3 thousands of miles, in width are 350 kilometers. The area of the Himalayas is about 650 thousand kilometers, and the average height of peaks is about 6 thousand meters above sea level.

Everest – the highest peak of the Himalayan mountains. Mount in the shape of a triangular pyramid has two peaks: the North with a height of 8848 meters is located on the territory of China, or rather Tibet Autonomous region, and the southern height of 8760 runs right along the border between China and Nepal.

On all sides the top is surrounded by mountains and ridges of smaller dimensions: on the South of mount Everest is connected with the eight Lhotse, between them lies the pass South Col; the North is located North of the saddle, which leads to a mountain Changzhou. On the East side of Everest is steep impenetrable wall called Kangshung.

Near the mountain tops Nuptse, Makalu, csoma, Lonzo. Also the mountain is surrounded by glaciers located at an altitude of five thousand meters: Ronbuk, East Rongbuk. North Everest stretches the valley of the river Rong.

The mountain is partially located on the territory of the Nepalese Sagarmatha national Park, which consists of gorges, mountain ranges and impassable regions in the Upper Himalayas.

Next to Everest large city is the capital of Nepal, Kathmandu 150 km and the capital of Tibet is Lhasa, which is much further away – at a distance of 450 kilometers.
Is the advice useful?
Подписывайтесь на наш канал