Who is the eunuch

In history there are numerous examples of faux a person suffers injury to achieve any purpose. An example can be called the emasculation of men for the training of eunuchs to work in the harems. Eunuchs have existed in different cultures, and their status, responsibilities and privileges vary greatly. 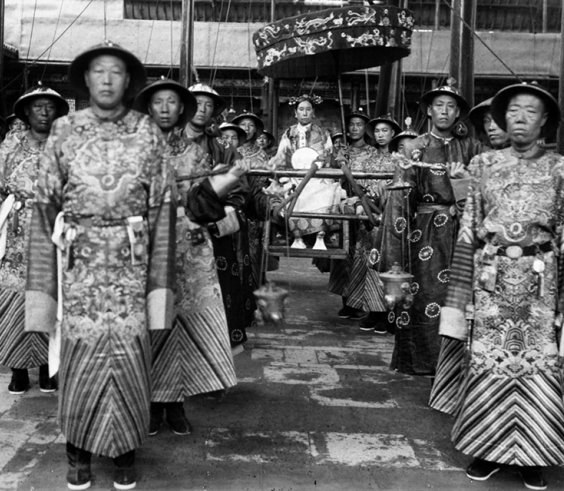 The culture of eunuchs in China is ancient history. The first cases of emasculation of servants in harems Dating back to the middle of the II Millennium BC As the penis and testicles have been symbols of male power, their loss was shameful. Therefore, the first eunuchs became prisoners of war. Later eunuchs were boys from poor families, which this service has been sold parents.

According to legends, people had to appear before the ancestors with an intact body. So eunuchs kept separated parts of the body to subsequently buried with the eunuch.

The position of the eunuch was twofold. On the one hand, the loss of male bodies was a personal tragedy and prejudice to the status of men, but on the other hand, the eunuch had the opportunity to make a career at court. First of all the castrati was entrusted to work in the Imperial harem. But the possible roles of eunuchs was much wider. They could serve the Emperor and his family, to protect the Imperial apartments and to do other work in the Palace. Part of the eunuchs engaged in economic Affairs, the reception of foreign guests, the third was in the medical service of the Palace.

In the era of the Ming dynasty in the late middle Ages - the duties of the eunuchs became even wider. They can work with officials or even command an army.

A large part of the eunuchs lived in the Forbidden City, as well as all of the Imperial servants. However, the eunuchs were more free to choose their place of residence often, to save money, they bought a house in the city. Despite his injury, the eunuchs preserved the right to marry. In this case, they usually adopt children, which they could pass on their name and wealth.

Judaism and Christianity forbade castration in a religious or other purposes. However, in Muslim countries, as in China, there arose the practice of using eunuchs. This is due to the proliferation of harems, since the X century.

With rare exceptions for Christian countries was the presence of eunuchs at the Byzantine court.

The functions of eunuchs in these countries was lower than in China. The eunuch engaged in the Affairs of the harem, and he could serve as Governor, and at the individual. Also, eunuchs are often engaged in the slave trade and the search for suitable for a ruler or dignitaries concubines. The status of eunuchs in Islamic countries was more modest than in Imperial China, but under certain conditions they were also able to achieve influence at court.
Is the advice useful?
Подписывайтесь на наш канал