Gelendzhik – this is a relatively small but very popular resort town located on the black sea coast of Krasnodar region. Gelendzhik was founded in 1831, and the status of the city he received in 1915. Every year the resort is visited by thousands of tourists from Russia, Ukraine, Belarus and other countries. 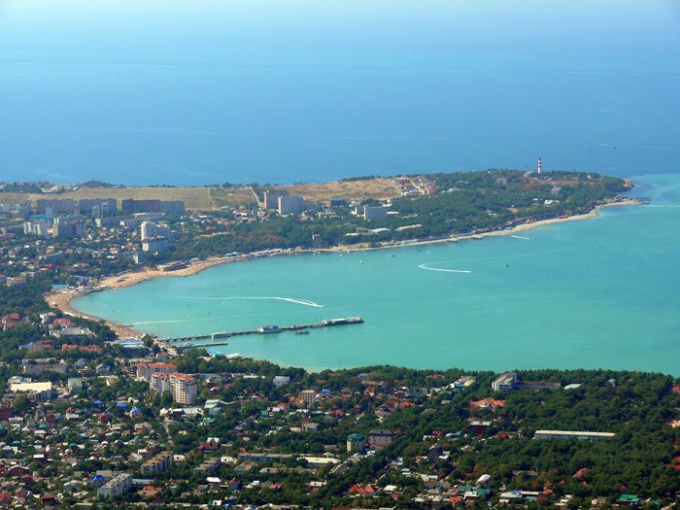 Kuban city near the foot of the Western side of the rocky ridge Markoth, which is located twenty-five kilometers from Novorossiysk, which is a port city in Krasnodar Krai. Noumea also gave the name Bay of the Black sea, on the banks of which lies the famous resort of the country.

In turn, the region itself is located in the South of Russia and South-West of the North Caucasus. The Krasnodar Krai is part of the southern Federal district. This includes the Republic of Adygea, located on the territory of Kuban, Rostov oblast, Republic of Kalmykia and Astrakhan oblast.

On land, the region borders with Rostov oblast, Stavropol Krai, Adygea, Karachay-Cherkessia and recognized by all countries the Republic of Abkhazia. Krasnodar Krai also has a Maritime border with a friendly Ukraine. The territory of the region is bordered by two seas – Black and Azov.

The time zone of Gelendzhik and Krasnodar territory, similar to Moscow, with the so-called Moscow Time Zone.

Near Noumea is located the city of Krymsk and Abinsk, accessible by road А146-M25-M4. Near Anapa, the path to which lies on the route of the M25 and then the M4. Loved by travelers also neighboring Gelendzhik famous resort of Arkhipo-Osipovka, Dzhubga, Tuapse and Novomihaylovskiy located on the highway M4.

How to get to Gelendzhik from Moscow, St.-Petersburg, Krasnodar and Sochi

From the capital to the city can be reached by car. Approximate travel time will be 18-20 hours, and the length of the road is about 1500-1600 miles, depending on the choice of a particular route – E115, and then the M4 and the highway "Crimea", then you need to go to the track M2.

Trains coming directly to Noumea does not exist, but you can choose another way. For example, to get from the Russian capital and St. Petersburg to Sochi or Krasnodar, and from there take a bus or taxi that will bring you to the black sea resort. You can get off at the station "Anapa", where just to get to the city.

Of the more Northern cities to the capital of the Region and the Sochi Olympics are direct train routes and other trains with a final stop in Kharkov, Kiev, Minsk, Rostov-on-don and other cities.

Since 2010, in Gelendzhik your functioning, albeit small, airport. Thus, tourists are spared from having to fly to Krasnodar or Sochi, and from there to go to the desired location.

You can drive from the Northern capital will take about 30 hours if you drive long without stopping and breaks.
Is the advice useful?
See also
Подписывайтесь на наш канал