Symptoms of an ectopic pregnancy

Called an ectopic pregnancy, in which the attachment of the ovum occurs outside the uterine cavity. This condition is pathological and poses a risk not only for health, but for the life of the woman. It is therefore important to know the symptoms that should immediately seek medical help. 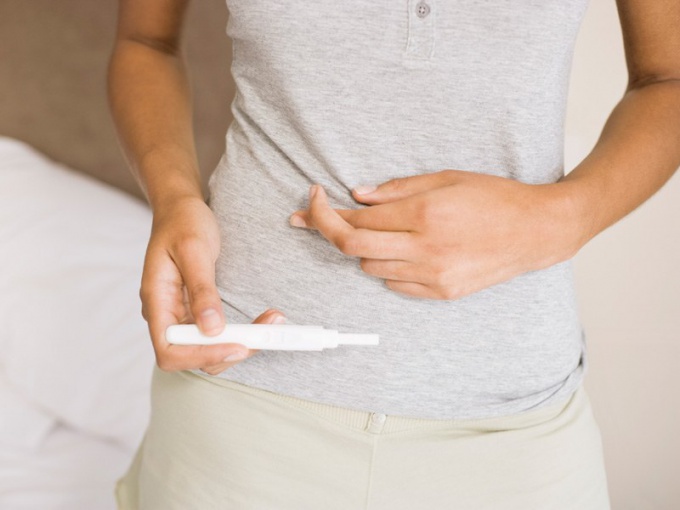 In normal pregnancy, conception occurs in the fallopian tube where sperm and ready to fertilize the egg. Subsequently, the zygote moves into the uterus and is embedded in its mucous membrane. Sometimes the ovum fails to reach the destination and, being attached in the fallopian tube, begins to develop there. In even more rare cases, the fertilized egg is expelled from the pipe in the wrong direction and attached to the peritoneum or ovary. Thus, at the location of the ectopic pregnancy is most often a trumpet, and ventral, respectively, of ovarian.

In most cases, the cause of ectopic pregnancy is poor patency of the fallopian tubes. This problem may arise due to gynecological diseases or untreated urinary infections. Also, the cause may be anatomical features of women (hypoplasia of the uterus, too tortuous or long the fallopian tube). In addition, the fertilized egg can begin to develop in the wrong place as a result of violations of hormonal levels of a pregnant.

The risk of ectopic pregnancy increases with the following factors:
gynecological surgery, including abortions;
surgical intervention in history (may lead to formation of adhesions in the abdominal cavity);
- the presence of intrauterine device;
- use of hormonal contraceptives before the pregnancy;
- tumor formations of the uterus, including benign;
- endometriosis;
- history of infertility;
- stress.

However, a third ectopic pregnancy happens for unexplained reasons. In this case, in order to prevent recurrence, physicians recommend a woman to carefully monitor their health and to minimize the impact of negative factors on the body.

Symptoms and complications of ectopic pregnancy

At first, an ectopic pregnancy does not manifest itself. She, as usual, may be accompanied by weakness, drowsiness, excessive fatigue, nausea and vomiting, enlargement and tenderness of Breasts, and increased appetite or a change in tastes. When it also observed a missed period, but pregnancy test shows a positive result.

The first warning signs can occur after 2-3 weeks after conception. This can be a nagging pain in the lower abdomen, spotting from the vagina, discomfort in the lumbar region and deterioration in General health.

The growth of the ovum fallopian tube, not designed for pregnancy, starts to pererastayut that leads to severe pain, usually on one side of the abdomen. The pain may worsen in the process of defecation, to give into the anus, and sometimes "spread" around the belly.

If ectopic pregnancy is not diagnosed, the growth of the ovum continues, which leads to the rupture of the fallopian tube and cause internal bleeding. This leads to increased pain, drop in blood pressure, unconsciousness and shock from massive blood loss. If the woman is not to provide medical assistance immediately after the incident, the probability of a lethal outcome.

The tubal rupture occurs, as a rule, in the period of 7-8 weeks. In rare cases it is possible to carry an ectopic pregnancy before 10 weeks, but it is in any case doomed, and threatens the health and lives of women.

Diagnosis and treatment of ectopic pregnancy

To prevent severe complications it is important to identify an ectopic pregnancy and offer the woman help. Diagnosis of pathology is made on the basis of complaints of the pregnant woman, blood test for HCG and ultrasound. Suspect ectopic pregnancy is possible even before the appearance of pronounced symptoms. This requires a transvaginal ultrasound one week after the menstruation. The absence of the ovum in the uterine cavity should alert the physicians. If dynamic observation it is not detected, it is likely that pregnancy has really developed, not where.

Because ectopic pregnancy can't develop and end in childbirth, after the installation of the diagnosis requires immediate interrupt. Depending on the severity of the condition of the woman is performed either laparoscopic or abdominal surgery. In the surgical process, doctors removed the ovum, and the rupture of the fallopian tube and the pipe itself. Planning a new pregnancy may not be earlier than six months after the surgery.
Is the advice useful?
See also
Подписывайтесь на наш канал