Colposcopy is the procedure of in-depth inspection of the surface of the walls of the uterus and vagina and vulva of a woman. Doing it with the aim to identify various abnormalities and diseases at an early stage of the female genital organs. Colposcopy is one of the most safe and effective methods of diagnosis in gynecology. 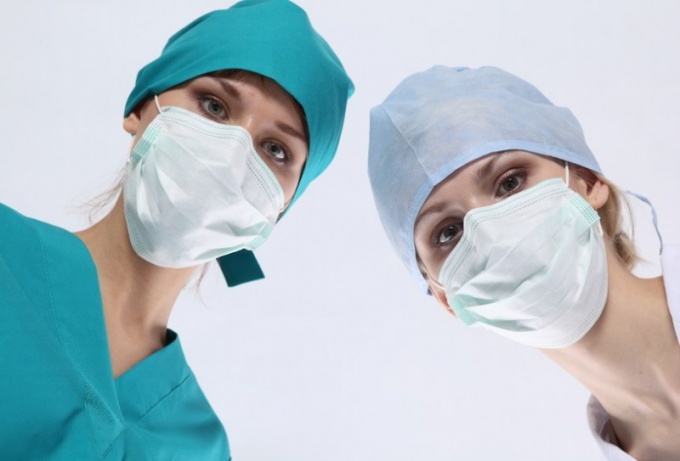 Related articles:
Colposcopy is performed by a doctor gynecologist in a medical chair with the help of a special device – colposcope, which increases the desired area of the vaginal wall or the uterus.

Using this procedure it is possible to diagnose diseases such as cervical erosion, swelling, microchromosome cancer at an early stage, inflammation and many other abnormalities of various tissues of the genitals.

Colposcopy is of two types: standard and extended. During the simple procedure, the gynecologist only sees the damaged area with the increase without the use of drugs. When the expanded colposcopy, the physician optionally applies various tests, for example, treat the suspicious area with 3% solution of acetic acid. This is to ensure that healthy blood vessels narrowed and changed to become more noticeable. There are other methods, such as sample Schiller, samples Chrobak, adrenaline, samples, and similar tests.

The procedure of colposcopy

This procedure is preferably carried out in the first week, after the end of the menstrual cycle. A few days before it is impossible to practice sex without a condom, pursue douching, use of vaginal suppositories and gels to the walls of the vagina and uterus as clean as possible.

The procedure takes 15 – 25 minutes in a chair, during this time, the gynecologist has time to consider the woman's genitals with a colposcope and gynaecological mirrors. Usually it is painless or with minimal discomfort. However, if there is pain and burning sensation, you should immediately tell the doctor. You will also note, if after the colposcopy you have unusual discharge, bleeding, increased temperature.

Any of these symptoms is a reason for re-treatment to the gynecologist.

The scope of colposcopy

This procedure assigns the doctor in the presence of certain suspected pathology of the female organs. Typically, a colposcopy is carried out upon detection of unusual formations on the wall of the uterus or of the vagina, revealed during a routine examination, different from the norms of the test result PAP tests, suspected in Oncology, cervical erosion. In addition pre-inspection colposcope done before the biopsy and taking some other tests.

Colposcopy is very important to diagnose the disease at early stages and prescribing the right treatment. It does not replace PAP tests, but with the help of these tests can be taken with greater accuracy.

This procedure allows to detect diseases such as cancer, inflammation of the cervix, warts on the cervix and the walls of the uterus, fungal infection of the sexual sphere.

This procedure during pregnancy is not only not contraindicated, but is a required study in most women's clinics. Colposcopy not able to harm to the mother and child in proper conduct, and the identification of pathologies and tumors, by contrast, can save the life of the woman and the fetus inside of her. Various changes in the cervix occur in many women during pregnancy, and some of them can be pathological, and reduced immunity gives them the opportunity for further development.

Colposcopy during pregnancy differs little from the ordinary. Similarly, a woman lies in the gynecological chair, the doctor treats her cervix with a solution of 3% acetic acid, then solution of iodine or Lugol. Then the gynecologist inspects a colposcope, make smears for Cytology and urogenital secretions.

Tissue samples from the cervical canal are not taken to avoid negative consequences for gestation. The only exception is the suspicion of the presence of cancer cells. In this case, the biopsy is still performed.

In identifying pathology not dangerous for the life of a woman, your doctor may prescribe shown in pregnancy drugs, such as tablets and candles, do not cause complications of pregnancy.

This is the newest technique of colposcopy, from standard, it differs in that during the examination the doctor conducts video and photography. This allows us to study the pictures in a specialized laboratory, to put them in the card of the patient, to record all changes and to observe their dynamics.

In addition the photos make the material for the biopsy and Cytology of the sighting, because the fabric you need to take it to the affected area, otherwise the analysis will not be reliable.

The video colposcope unlike conventional colposcope is equipped with good lighting, has the most powerful optical instruments, as well as photo and video camera.
Is the advice useful?
See also
Подписывайтесь на наш канал