Diet pills seem to be many who have excess weight, a great solution to the problem. Manufacturers often promise great results in a short time without any effort and side effects, but is it really in the mud or just another myth so you want to believe? 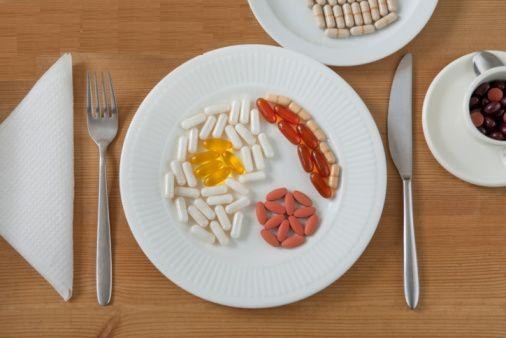 Lose weight in a few days

Very often, the pills women who need to lose weight in a very short time for a wedding, an important date for the gala event. Manufacturers of a pill promise that you can easily lose up to 5 pounds in a few days – is it truth or myth? The reality is that such drugs often contain diuretics – diuretics. Most often it is herbs, for example dandelion root or oats, or caffeine. Forcing you often run to the toilet, removing excess water pill lead to the fact that you do lose a few pounds, but not at the expense of the loss of adipose tissue, and exclusively due to the loss of body fluid. As soon as you stop drinking them, the weight will return, and long-term use of such drugs can lead to dehydration, and in some cases coma.

If you want to get rid of extra pounds due to fluid loss, this is best done by visiting a sauna. That is what the jocks and bodybuilders before a competition.

Also, extreme weight loss is frowned upon by nutritionists. The doctors say that it's okay to get rid of half a kilogram to one kilogram a week. Extreme weight loss can lead to a yo-yo when dropped weight quickly and with a vengeance returns.

Whether slimming pills side effects

Diet pills come with different active ingredients, but manufacturers always promise a complete absence of side effects. Irvintai pills such as xenical do not allow the body to absorb dietary fats, binding and removing them from the body. A known negative consequence from these drugs is flatulence, sometimes greasy stains with an unpleasant odor on underwear, because you can't always control the moment when the intestines begin to withdraw the associated fat. Furthermore most of these drugs contain orlistat, which according to recent studies, may lead to toxic damage to the kidneys and liver. Other side effects – migraines, depression and fatigue.

Another popular component of fat-burning drugs – caffeine, which helps weight loss by increasing the metabolism. It would seem that many drinks with caffeine every day without harm to health, but the pills contained much higher doses can increase the frequency of contractions of the heart thought to cause depression, nervousness, sleep disturbances.

Some women believe that weight loss effective some contraceptives, but the reception of such medicines may lead to negative consequences on the hormonal level.

You lose weight without changing your lifestyle

Although the advertising of pills that promise that you'll be good to lose weight effortlessly, if you read the instructions carefully, most drugs provide limitations on calorie daily diet, and many of the recommended and exercise. Sometimes the reverse effect drugs for weight loss is rapid weight gain, as not reading the instructions and hoping for the "magic" effect, some of us begin to afford to eat much more than they could eat no miracle pills.

Manufacturers often refer to the fact that their tablets give a good effect and safe for your health because they contain natural ingredients. However, in nature many dangerous poisonous substances. Natural remedies it is only those that are not artificially created, but not those that can't get you hurt. Popular in the early 20th century Supplement for weight loss dried herb ephedra, in 2004, was banned for sale as led to several deaths, resulting in a sharp increase in blood pressure.

Bitter orange extract also often included in the miracle pill have similar side effects with ephedra because it contains synephrine, the main active ingredient in this miracle herb.

In the advertisement of diet pills you often can read that their effectiveness is proven. Surprisingly, this phrase does not mean that the drug will work. An illustrative example with the sensational cactus extract hoodies, regarded as the reducer of hunger. Manufacturers widely advertised drug, talking about losing weight unknown Bushmen and the scientists of proven efficiency, but says nothing that proved she was only on mice. Carried out later studies on volunteers have shown that hoodia does not reduces appetite, and acts in tablets containing only a placebo effect.

What can we expect from diet pills

All effective diet pills can be divided into three types: fat blockers, hunger reducers and stimulants. Stimulants increase energy and boost rate of metabolism, but the main active ingredient in them more often than caffeine. Irvintai drugs block the action of enzymes responsible for the breakdown of fat during digestion, and it is excreted from the body, but you not only get fat from fatty foods, so to lose weight with such pills, you should still review the diet and add physical activity. Reducers hunger inhibit the area of the brain responsible for appetite, but most of these drugs was quite a serious test.
Is the advice useful?
Присоединяйтесь к нам
New advices