Oregano - a tasty and useful spice 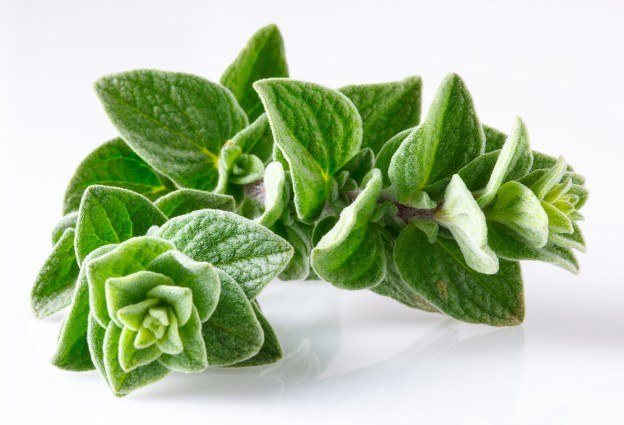 The benefits of oregano

Oregano is widely known among naturopaths, as this spice has been used for centuries in various, not only culinary recipes. Fresh spice is rich in iron, manganese, antioxidants and omega-3 fatty acids. Dried and fresh herb has immune-modulating properties, helps to fight allergies and pulmonary infections. Dried oregano, in combination with other dried herbs such as Basil, rosemary and thyme, helps digestion, and furthermore, is able to calm the cough.

Essential oil of oregano contains polyester compounds thymol and carvacrol, has antibacterial properties. Doctors say that due to these spice oils is a superb natural remedy for Giardia. Applying oregano oil topically helps with some fungal infections of the skin. Also oregano oil is used to alleviate the symptoms of arthritis, tendinitis and carpal tunnel syndrome. A lotion with oregano oil help to cope with yeast, fungal and viral infections.


Oregano essential oil is not recommended for use by pregnant or nursing.

Fresh oregano before use, carefully washed, dried, and then rubbed between the palms to force the leaves to allocate as many essential oils. Oregano put into a dish whole branches, individual leaves or crushed special scissors for grass, along with the stem. The stalk is somewhat fibrous and it may be difficult to cut it with a knife.

Use oregano to flavor Italian sauces for pizzas and pastas. Oregano goes well with other Mediterranean herbs, forming a great harmonious bouquet. Dried or fresh oregano to put in the famous sauce vinegar to give it a Greek or Italian accent. In combination with other ingredients, this spice is great for marinating lamb, beef or chicken, and also for flavoring fresh meat or mince. In combination with lemon and olive oil, oregano perfect fish. Season with oregano scrambled eggs or Frittata and these dishes will be a new shade of taste.

In cooking, used several varieties of oregano. The most common Italian oregano, common Greek and Mexican kind of spice.

Oregano is included in the famous "bouquet Garni" - a set of spices commonly used in French cuisine to flavor a variety of soups, bouillons and stews. In addition to oregano, this "bouquet" includes thyme, Basil, parsley, rosemary, tarragon and Bay leaf.
Is the advice useful?
Присоединяйтесь к нам
New advices