How to read numbers in English

In the process of learning English often have difficulty related to the proper reading and pronunciation of numbers. In many countries, including in English, to write numbers using Arabic numerals, so they are written the same but are read in each language differently. 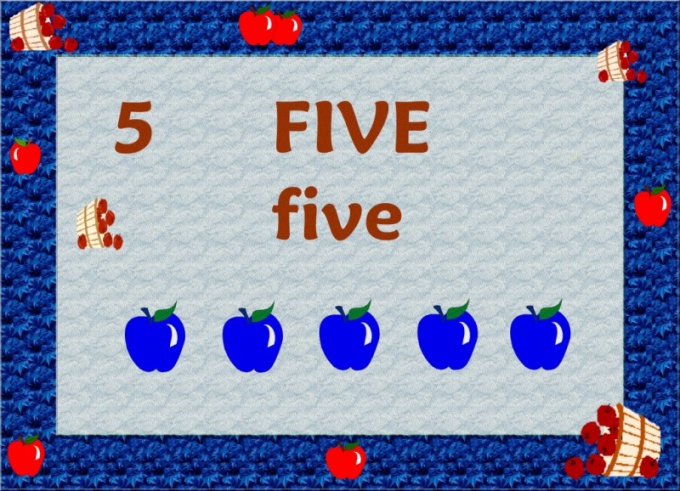 Related articles:
Instruction
1
Each digit from 0 to 9 in English language corresponds to a certain word. Thus, 0 – zero, in the transcription [‘ˈzɪərəʊ], 1 - one [wʌn], 2 - two [tu:], 3, three [θri:], 4 – four [fɔ:], 5 – five [fʌɪv], 6 – six [siks], 7 – seven [‘ˈsɛv(ə)n] 8 – eight [eit], 9 – nine [nʌɪn]. To correctly read all these numbers, pay attention to the transcription (the sound of the word), which is specified in square brackets. Learn how to read every sound is possible with the help of various dictionaries and textbooks elementary level, which is devoted to the study of the English language. Use audio and video that can be found in the Internet, and on electronic media that are often included with textbooks.
2
Once you are comfortable with the simple reading of numbers in English, move on to more complex numerals. Numbers 10, 11, 12 are read in English respectively as ten [tɛn], eleven [ ɪˈlɛv(ə)n] , twelve [twɛlv]. Numerals from 13 to 19 are the suffix –teen at the end of each word. For example, 14 is read as fourteen [ˈfɔːtiːn], 16 – sixteen [ˈsɪkstiːn], etc. Such numbers as 20, 30, 40, etc. match the words with the suffix –ty, e.g. 20 – twenty [ˈtwɛnti], 30 - thirty [ˈθəːti]. The words "one hundred", "thousand", "million" in English, sound like a hundred [ˈhʌndrəd], thousand [ˈθaʊz(ə)nd], million [ˈmɪljən], respectively.
3
If you need to read any number of English draw an analogy with reading numbers in Russian. Mentally divide the number into digits (units, tens, hundreds, thousands, etc.). Reading numbers start from left to right, as in the Russian language. For example, you need to read the number 678,109. Please note that in English every three digits, usually separated by a comma. In English you should read this number as six hundred seventy-eight thousand one hundred and nine [siks ˈhʌndrəd ˈsɛv(ə)nti eit ˈθaʊz(ə)nd wʌn ənd ˈhʌndrəd nʌɪn]. Do not forget before the last read number, add the word and.
Is the advice useful?
See also
Подписывайтесь на наш канал