How to calculate length of antenna

The quality of the radio when receiving and when transmitting to a very large extent depends on the antenna. Antennas come in different types. They can be directed and undirected, can have different polarization. But all antennas have common elements. This projecting part and the lower, that is what it is connected to the device. They need to be calculated. 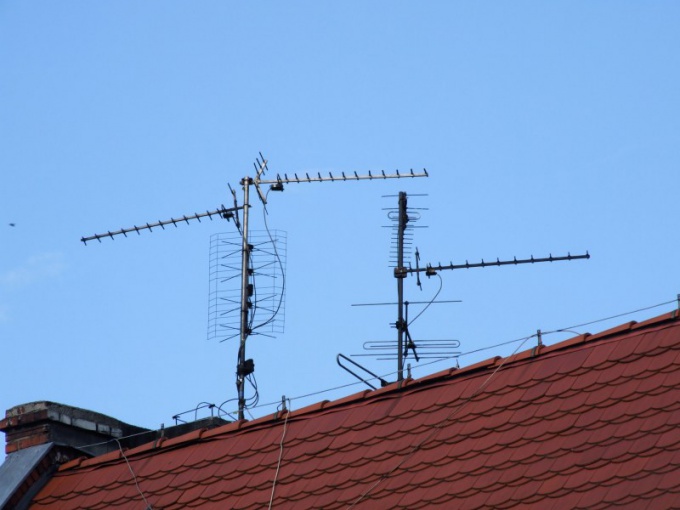 Related articles:
You will need
Instruction
1
Determine the type of antennathat you will be doing. It can be symmetrical or in the form of a beam. The signal to different antenna types are served in different ways. If the antenna circuit of the receiver or transmitter has an inductive connection with the circuit, it is advisable to apply the scheme of the symmetrical power supply using two-wire line up to 200 to 700 Ohms. For the crystal radio, input devices with earthed grid or base and also for transmitters with output of P-loop, is more suitable antenna type Luch with one-wire line.
2
The most common type of antenna is symmetrical vibrator. It is a wire whose length is equal to half the wavelength of the emitted signal, and the length of each shoulder respectively equal to the quarter wave. For a device operating in the VHF range, these elements made in the form of tubes or rods.
3
Calculate the wavelength. It is equal to the speed of light divided by frequency. The speed of light is taken in meters per second and frequency in Hertz. Note the amendment. The speed of light in the metal is less than the speed of light in air and vacuum. Therefore, the actual antenna have to do a few crusts. Length of half-wave vibrator really is not 0.5 wavelength, and approximately 0,475.
4
Signal to the antenna of type "beam". From one end of the wire back a distance equal 0,171 wavelength. In this place to the antenna connect odnoprovodnoi line which should be perpendicular to the wire-vibrator at a distance of 0.15 wavelengths. Then odnoprovodnoi line can be curved in any direction.
5
A symmetrical antenna connected otherwise. The total length of the vibrator remains the same. Find the center of the wire. Mark this point. Measure a segment with a length of 0.13 wavelength so that its end points are symmetrical to the middle. One of those points, solder wires, which are at a distance of 0.15 of the wavelength of wire from the vibrator is soldered to the power cable, made in the form of a two-wire line. This line connects to the radio.
6
Both antennas have approximately the same parameters. Select a particular connection type, on the basis of consent of the antennam of the contour of the receiving and transmitting equipment.
Note
Antenna mounting is performed on the dielectric insulators. They usually make them porcelain, glass or plastic. The calculation and the measurement antenna should be considered in all, mounted on insulators.