How to remember the colors of the rainbow

Rainbow is not only a beautiful heroine of fairy tales, children's rhymes and rhyme, but also complex physical phenomena. It can be observed after rain or fog in the presence of sunlight. The main colors of the rainbow - seven, and remember them quite easy, it's useful to children for school and adults for the memories. 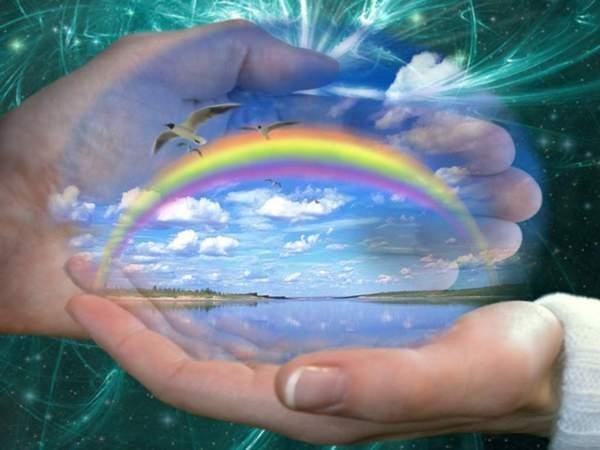 Related articles:
Instruction
1
Rainbow - meteorological natural phenomenon, visible from a great distance in the form of a multicolored arc or circle (rarely). The color range is diverse and consists of many shades, but decided to allocate seven colors that always go in the following order: red, orange, yellow, green, blue, Indigo, violet. This is due to the refraction (reflection angle) of sunlight passing through water droplets. Their light decomposed to the color of the specified spectrum.
2
In order to facilitate the memorization of the basic colors of the rainbow spectrum, there are two well-known mnemonic phrase:
Once Jacques-ringer's head broke the lamp;
Every hunter wishes to know where sits the pheasant.
In these combinations of words is used as a hint on the first letter, in the case of the rainbow they mean the names of the colors.
3
There are other phrases, prepared according to a similar principle:
The mole sheep, a giraffe, Bunny blue stitched sweatshirts;
Every designer wants to know where to download photoshop.
4
The same techniques are used in many languages, e.g. in English:
RICHARD (red) OF (Orange - orange) YORK (Yellow - yellow) GAVE (green) BATTLE (Blue - blue) IN (Indigo blue) VAIN (Violet - purple).
Note
There are many folk applications associated with the rainbow and determining the weather. For example, if rainbow high and narrow, the weather will be good, if low and wide, the weather is bad.
Each observer will see a rainbow differently due to the difference of density and size of water droplets that are visible from his viewpoint.
Is moon rainbow, but it is much fainter than the sun because of low-intensity moonlight.
Misty rainbow - white, has almost no color, but sometimes can be slightly colored in purple (the inner side) and orange (external) colors.
Is the advice useful?
See also
Присоединяйтесь к нам
New advices