How to pickle watermelons

If you've never eaten pickled watermelon, be sure to try - it's delicious! The more that cooking them is not difficult, because salting to handle even inexperienced hostess. 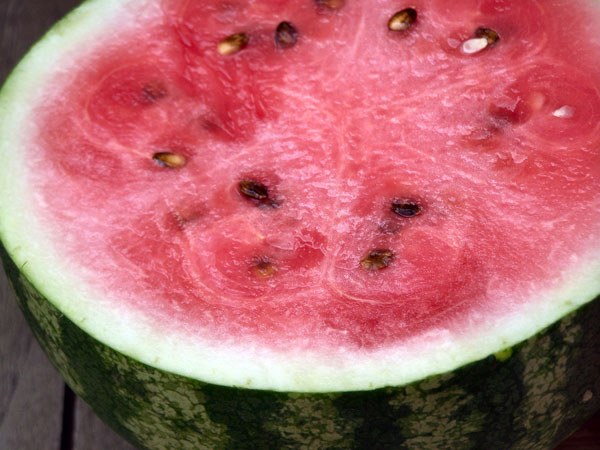 You will need
Instruction
1
First prepare the jars. Wash them thoroughly baking soda to remove grease particles and dust. Then rinse with cold water and sterilize over steam for 5-10 minutes.
2
Watermelon wash brush, rinse with boiling water and cut into large pieces. Don't forget to remove the bones. Slices of watermelon gently lay into the banks. It is not necessary to stamp their hands, podrachivaya slightly better Bank that they were located as closely as possible to each other.
3
Pour into jars with watermelon boiling water and leave for 5-10 minutes. Then drain it, boil again and fill jars. After 5 minutes, again drain the water in a pot, add salt, sugar and boil. The last time pour the boiling brine into the jar. Previously, add one tablespoon of vinegar.
4
After the third fill jars with watermelons immediately sealed sterilized metal lids.
To check the tightness of the banks turn it upside down and place it on a flat surface lined with paper. After some time, making sure that lids do not leak, wrap cans with a thick cloth to cool.
5
For those who do not want to mess with the banks, will come the recipe of fast preparation of salted watermelon.
Pre-cook the brine. To do this in 2 liters of water, add 3 tablespoons of salt, boil and let cool to room temperature.
Carefully washed the watermelon cut into pieces, put in a saucepan and completely cover with brine. To the slices of watermelon does not pop up, giving the weight of their – a clean plate on which to put a jar of water. Watermelon will sasalita at room temperature after 2-3 days, the warmer the room the faster this will happen. The optimum temperature is 18-22 degrees.
Ready watermelon stored in the refrigerator of brine, preventing the formation of mould.
Note
Watermelon can be salted, not cutting off the green rind, if you have grown it themselves and are confident in its security. Have purchased same watermelon is best cut along with white pulp, because it collects a large part of nitrates.
Useful advice
Salting is better to take:
slightly unripe melons – they are more solid and crunchy;
varieties of watermelon with thin skin are preferable to those with thick crust.
Is the advice useful?
Присоединяйтесь к нам
New advices