How to hang on the wall puzzle

In Russia, the puzzles were very common in pre-revolutionary time they were called "pusela". But in Soviet times they were not released and not collected. In the new Russia, they have gained wide popularity in the last ten years, produced a variety of sizes and shapes, even in 3D. Image copy famous paintings, photographs of various subjects, scenes from cartoons and films, there is even erotic jigsaw puzzles. The clever design and skilled Assembly turn result in a beautiful painting worthy of framing. In many homes assembled from pieces of the picture, decorated in a frame, decorate and freshen the interior. 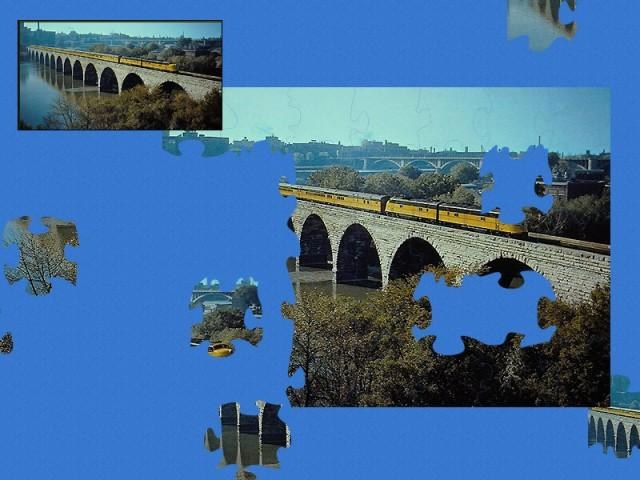 Related articles:
You will need
Instruction
1
So, the game is over and the puzzle is completed. You gathered a beautiful picture and now you want to hang it on the wall. To start, purchase a frame with glass, right size. The frame may be slightly more but not less of a puzzle. Typically, frames are sold with a thick base, which must hold a drawing or embroidery to press it against the glass. If you think that this Foundation is too thin, take a piece of cardboard the size you want. For very large images you can use several sheets of cardboard, putting them to one another with glue, but these joints should not be too broad.
2
Place the base close to the assembled puzzle. It should be a smooth surface such as the floor or table. Take a ruler, determine the center point on the base, mark with a pencil. Determine the Central piece of the puzzle and memorize it or mark.
3
Armed with glue (preferably liquid with a brush, but a powerful glue stick). Take the centre piece, carefully apply glue to the back side, move exactly on the marked center of the cardboard sheet and press for a few seconds. Pick a nearby piece of the puzzle and retry the operation. To glue the pieces should be in a circle, so the picture is not "moved out" because in many pictures part tightly fitting to each other. Watch that "masterpiece" is not misaligned is the biggest danger of transferring it to the cardboard.
4
If you did everything correctly, then after finishing work on the free sides of the base will remain the same indentation. Leave the painting on a flat surface for a few hours until the glue dries. You can then insert creation into the frame, nail a nail and hang on the wall.
Note
Sometimes due to strong moisture glue the cardboard sheet becomes convex. Nothing wrong with that, wait a few hours and if nothing changes, put the picture under pressure (several heavy books).
Useful advice
When applying the glue can not cover up the edges, when applied to a piece of cardboard the glue itself will be distributed to the ends of the piece.
There is a special glue, which is applied in the form of a spray and "grasps" the image, but this method is not suitable if part loosely interlock with each other, or the puzzle is too big.
Instead of glue you can use double sided tape.
Is the advice useful?
See also
Подписывайтесь на наш канал