How to make gummies

Homemade marmalade can be a great alternative to rubber multi-colored bears, which love to chew on children. Most likely this is the marmalade will turn out not quite identical to store, but it may be cooked as much as you want, and even harmful additives in it will not. 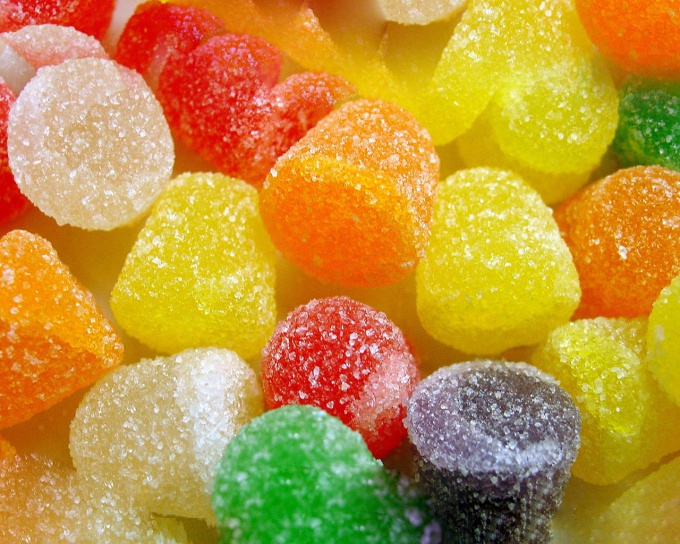 Related articles:
You will need
Instruction
1
Recipe 1.In a separate bowl put the gelatin and fill it with orange juice and leave to swell. Put the sugar into a saucepan, cover with water, add the zest. Stir, put on fire and on low heat heat until until the sugar is completely dissolved. Then remove the mixture from the heat, pour gelatin and quickly stir until gelatin is completely dissolved. Strain the mixture through a fine sieve, to avoid lumps. Square proselyte foil. Pour out the mixture with a layer thickness of about 2 cm Put it into the fridge and leave for 6-8 hours. Parchment paper sprinkle with powdered sugar. Get ready marmaladeis ready, place on paper and cut it into pieces obvalivaya in powdered sugar.
2
Recipe 2.Soak the gelatine in cold water for 40 minutes.Let frozen strawberries slightly melted, and then transfer to a blender. Using a blender turn the berries into a puree. Stir in the powdered sugar and mix again. Take plastic molds, left over from the candy set. Route the cell with cling film, then was easy to get ready marmalade. Swollen gelatin pour into a saucepan, put on fire and bring to a boil but do not boil.Mix the berry puree with the gelatin until smooth. Pour the mixture in molds and refrigerate for a few hours.
3
Recipe 3. In a metal ladle pour the juice, heat it a little. Pour in the juice, pectin. Leave the mixture for half an hour.In the separate saucepan add sugar, pour him a Cup of juice, put on small fire and bring to a boil. Cook until until the sugar dissolves, stirring constantly.Then pour the mixture with a thickener, stir and bring to boil again. Then turn off the heat and let the liquid cool slightly.Proselyte the baking dish with cling film, pour out the mixture. Then put it in the fridge for a few hours. Then remove and cut into pieces.
Useful advice
Before you remove the jelly mixture in the refrigerator, cool it to room temperature, otherwise you risk to spoil not only marmalade, but the fridge itself.
Is the advice useful?
Подписывайтесь на наш канал